PSD2: How EU Banks And Fintechs Are Responding To Open Banking/APIs

The Payment Services Directive (PSD2), established by the European Commission and currently pending the adoption by the EU Counsel of Ministers, is a major policy development set to impact the payments industry across Europe.

The PSD2 seeks to standardize and make interoperable card, Internet, and mobile payments. It is expected to accelerate open banking as it will require banks to open up data and transactions to certain new payment market entrants (per the PSD2 XS2A rule).

By January 2018, all financial institutions in the 28 EU member states need to be PSD2 compliant while meeting stringent requirements for strong authentication and secure communication.

According to Jeremy Light, managing director, Accenture Payment Services, regulatory changes in Europe could accelerate payments innovation to “a new phase of development for EU banks.”

Several banks in Europe have already opened their core banking systems, including Spanish banking group, BBVA which was amongst the first banks to do so. 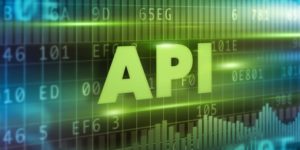 Between September and December 2013, while the Innova Challenge Big Data ‘datathon’ was being held, BBVA opened data on banking transactions to third parties for the first time in Spain. Through an open API that received 6.7 remote calls over two months, it provided a community of 780 programmers with anonymized and aggregated data on card transactions in customer segments in Madrid and Barcelona.

In September 2015, Saxo Bank form Denmark opened access to its trading infrastructure. The move, which covered Saxo’s multi-asset trading and back office infrastructure, allowed its partners, clients and external developers to access over 20 years of trading infrastructure innovation and enabled them to customize their trading experience and create new revenue streams.

Similarly, German bank Fidor is allowing startups and other entities that want to offer banking services to its customers to connect with the bank’s capabilities via its APIs.

In February, San Francisco-based startup Token rolled out a live demo iOS app integrated with Fidor. Through the integration, customer account data is aggregated in a single place and payments can be made from multiple sources instantly and securely from within a single environment.

In the UK, digital bank Monzo Bank released a prototype API in February 2016 to allow developers to view transactions and accounts, receive notifications for events via webhooks and create their own items to appear in the app.

Earlier this year, Nordic financial services group Nordea Bank released the first version of its open banking and open API portal. The move made Nordea one of the first movers in the Nordics to openly state its open banking vision, with the bank ready to embrace the opportunities presented by the banking landscape and through collaboration with fintechs.

For Peter Ware, director of the SWIFT Institute, “open APIs are a great example of how banks today are actively involved in the innovation and evolution of financial services.”

Earlier this week, the SWIFT Institute released a new working paper on open banking. The paper looks at the possible impact of the adoption of APIs on the financial services industry and advises incumbents “to start the change process now.”

“It is clear that regulatory changes taking effect in the banking sector in the near future will require the traditional players to change their mind-set from a closed model to an open but secure one,” the report says.

“Those who move early to establish an attractive platform will obtain a customer base that is increasingly unwilling to switch to competitors as more and more third party developers offer services as part of the platform. And in turn, their growing customer base will attract even more developers, turning this virtuous cycle of growth further.”

Last year, an ambition project emerged. Called the Swiss Open Finance API (SOFA), the project aims to create a common API and a standard for the Swiss financial services industry.

Led by the Swiss Fintech Innovations Association in Zurich, it seeks to support the development of an open app ecosystem.

“This will lead to a win-win situation for all customers, as well as for all financial institutions involved,” Petry said.

“In addition, the ‘Swiss open finance API’ will help to showcase Switzerland as an innovation-orientated international financial center with a leading edge app(lication) ecosystem.”

Alongside the SOFA initiative, several Swiss financial institutions have begun opening their systems. Although the PSD2 is not directly relevant to Switzerland because it is a European directive, Swiss payment transaction providers will be sooner or later confronted with new payment transaction providers from the EU, according to industry experts.

Marianne Wildi, CEO of Hypothekarbank Lenzburg, said that the bank chose NDGIT because of its “convincing, easy-to-integrate technology and the long experience of its API specialists.”

Hypothekarbank Lenzburg said that the open banking platform will be made available to Swiss Fintech Innovations (SFTI), an independent association, as a sandbox.

Another player is Figo, a German startup, which provides banking services. The company’s platform technology allows financial institutions to integrate existing XS2A (Payment Initiation and Account Information Services) solutions into their own systems.

Featured image: Wooden Gavel On Book With Golden Scale On Table, by Andrey_Popov, via Shutterstock.com.

Challenger Banks Market is the Hottest Fintech Vertical in Europe