UK mobile-only bank Revolut has reportedly gotten a Swiss IBAN number by opening a correspondence account with Credit Suisse, according to a report by Handelszeitung. The move allows Revolut’s 50,000+ Swiss customers to transfer money to their accounts via Swiss domestic transfers, saving both money and time.

Handelszeitung however notes that Revolut does not hold a Swiss banking license, thus does not offer its own Swiss bank account numbers. This would require an account with the Swiss National Bank, which as a rule is only provided to banks that are registered in Switzerland. 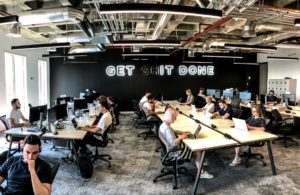 This comes at a time when Revolut is actively expanding worldwide. The company announced on December 13 that it has been granted a European banking license, enabling it to offer services typically provided by traditional banks including full current accounts, direct debits, consumer and business lending, and overdrafts. Right now, Revolut is more of a digital wallet that lets users top up in many different ways.

The Bank of Lithuania granted Revolut the regulatory approval, giving the London-based company permission to operate throughout the European Union (EU).

Chad West, a Revolut spokesman, told Bloomberg that the company chose Lithuania because the country’s “regulatory environment is incredibly fintech friendly.” He also said it was faster to get licensed in Lithuania than many other European jurisdictions. Revolut has 150,000 customers in Lithuania.

CEO Nikolay Storonsky told CNBC the company plans to apply for a UK banking license as well, in part because of uncertainty around Brexit. “If we feel a ‘hard Brexit’ happens, we’ll definitely need to have a license here,” he said.

Revolut expects to roll out new features in the UK, France, Germany and Poland. The company has said it will offer commission-free equity trading in the UK and Europe within the next year.

Revolut announced in November it has been granted licenses to operate in Singapore and Japan, marking the beginning of its expansion into Asia. The company plans to launch in Q1 2019 and already more than 50,000 people have signed to the waitlist.

Storonsky said he hopes to launch in the US in 2019, as well as Canada, Australia and New Zealand.

In April 2018, Revolut closed a US$250 million funding round that brought its valuation to US$1.7 billion. According to the Times of London, the company is in talks with Japan’s SoftBank to raise a fresh round of funding worth as much as US$500 million.