Swiss Fintech Report 2016: ‘There is Clearly Still Room for Improvement Regarding Governmental Support’

Swiss Fintech Report: Domestic startup activities have risen significantly in Switzerland and the country’s excellent pool of knowledge and talent makes it in good progress into becoming a major global fintech hub. However, in order to reach its full potential, the domestic fintech scene needs more governmental support, according to a new report from EY.

In the report, entitled “Swiss Fintech Report 2016: The role of Switzerland as a fintech hub,” EY and Swiss Finance + Technology Association look at the Switzerland’s evolving fintech landscape and address the country’s strengths and weaknesses compared with other global financial services hubs such as London, Singapore and New York.

While Switzerland is pursuing well its ambition to become an internationally recognized fintech center, there are still initiatives that can be done to incentivize entrepreneurship.

Based on the Total early-stage entrepreneurial activity rate, Switzerland is ranked as the 14th, way behind the US, Australia, Canada, Singapore and the UK. 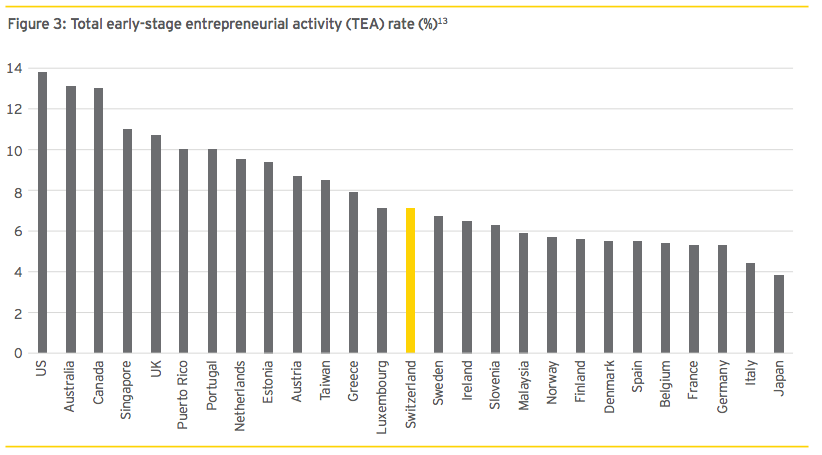 Compared with London where the government and the Financial Services Authority are collaborative and offering many benefits to startups including tax incentives, Switzerland still has no specific support recognized.

Additionally, Switzerland’s loss of the banking secrecy has impacted efforts to generate new business and has tarnished the company’s reputation as a financial center. That being said, Switzerland still has two of its cities ranking in the top list based on the Global Financial Center Index. 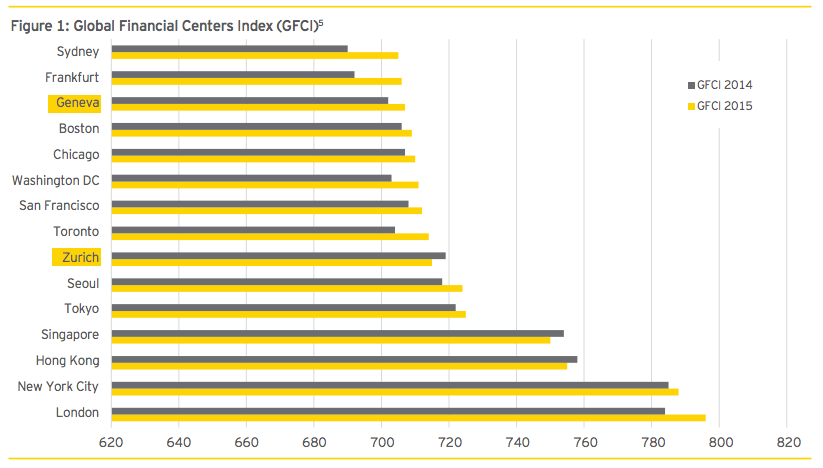 Startup funding and financing also are a major drawback in Switzerland, whereas locations such as New York have a huge network of accelerators and business angels.

“Generally, Switzerland has large holdings of cash that could be used for funding,” the document reads.

“However, Switzerland’s VC and incubator landscape is still at an early stage of development. Switzerland has raised about one third of the VC that London has. On top of that, the Swiss Government and the large established financial institutions lack commitment to provide financial support.”

In 2014, approximately CHF470 million venture capital was invested into Swiss startups, a 10% increase compared to the previous year. 78% of that amount was invested into the life sciences sectors, while fintech startups only attracted CHF86 million, which is not even a fifth of total investment.

“One reason for this is the absence of early-stage investors,” the report notes.

Overall, Switzerland has not yet managed to benefit from its strong position as an European financial center. “There is clearly some room for improvement regarding Governmental support,” it says.

But Switzerland has some really strong competitive advantages as well. These include its leading position as innovation center, its economic and political stability, its strategic position in the EU, the high standard of living, its competitive tax conditions and its flexible and highly qualified labor market. 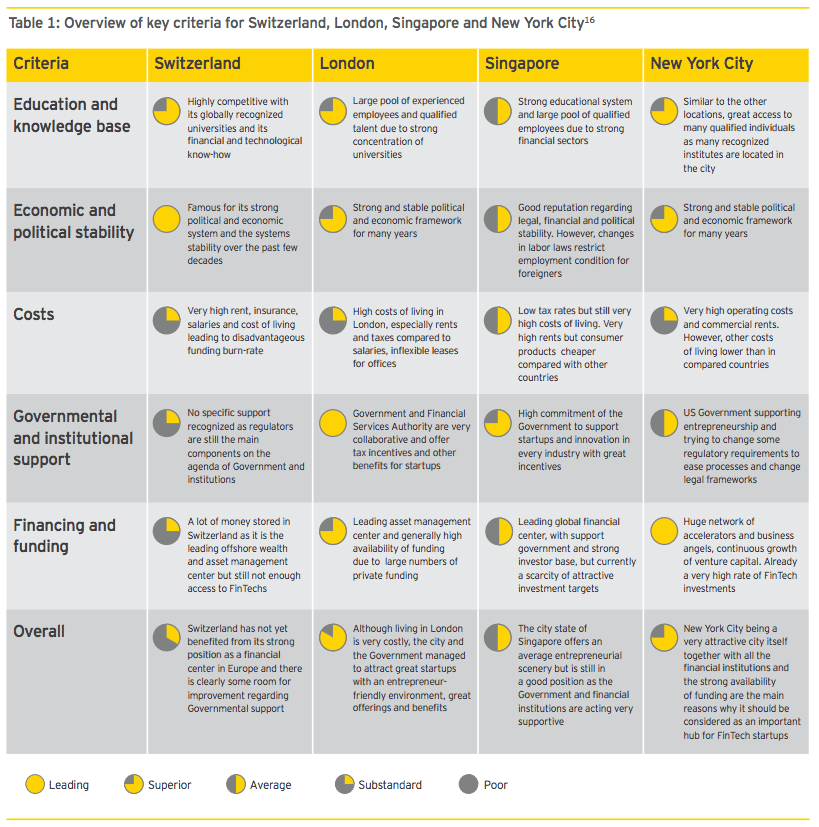 The domestic fintech landscape has gained speed since 2014 and Switzerland is “moving in the right direction with regards to associations, fintech companies and investors.” These new developments and initiatives include the Finance2.0 conference series, Fintech 2015 Boost Innovation, as well as a number of accelerator and incubator programs such as Fusion and SIX F10 Incubator.

“By further exploiting the huge potential available in Switzerland, providing financing and possibilities to connect at conferences and additional initiatives, Swiss FinTech startups can capture the opportunities ahead and build on Switzerland’s long-standing tradition as an innovation leader and a central hub for financial services globally.”