The rise of smartphones and the emergence of a new app-only ecosystem are transforming the way we borrow, lend and spend. 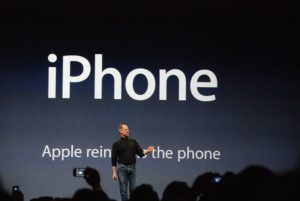 One firm that’s been driving this change is Apple, which has “revolutionized the smartphone landscape” with the iPhone, according to Anne Boden, CEO and founder of mobile-only digital bank Starling Bank.

“Prior to the rise of the app, mobile banking was almost unheard of and payment technologies were pretty much exclusively online rather than mobile,” she told City A.M.

For Alain Falys, co-founder and CEO of Yoyo Wallet, a multi-brand mobile payment and loyalty app, “innovation happens when disparate things get connected.”

“The genius of Apple was in successfully joining the dots between their tech to solve such an ambitious problem.”

The rise of mobile banking has given many people access to financial services who otherwise would have been excluded from the traditional financial system. While many fintech startups have so far been relying on these devices to reach consumers of all backgrounds, now Apple too is looking to capitalize on the trend it has helped pioneer.

The move was a blow to the bank, which is attempting to appeal to the younger generations by providing new mobile and digital services. It also hinted at Apple’s desire to have iPhone users make payments routed through its own service, Apple Pay. 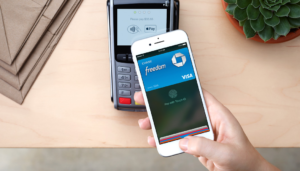 Apple Pay is a mobile payment and digital wallet service that lets users make payments using Apple mobile devices. It allows users to make transactions on the App Store and at retail stores that are equipped with contactless terminals.

Users can also send money from the debit or credit card stored in Apple Wallet, and it will be deposited into the recipient’s Apple Pay Cash account, which is a new digital debit card.

According to Craig Federighi, the senior vice president of software engineering at Apple, Apple Pay is already the number one contactless payment service on mobile, and by the end of the year, Apple Pay will be available at more than 50% retailers in the US.

Social payments on the rise 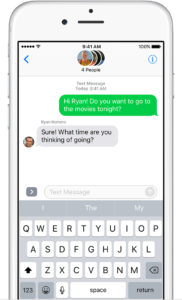 Highlighting the firm’s commitment to boost adoption and usage of its mobile and digital payment service, Apple said earlier this month that Apple Pay will be coming to Messages in iOS 11. Soon, users will be able to send fellow Apple users money through an app that’s integrated into Messages, the default messaging app on Apple’s devices.

The firm said it will not route money through a user’s debit or credit card but through an Apple Pay Cash Card.

Another tech giant that’s been merging social media and payments is Facebook, which started offering a payment feature through its Messenger app in early 2015.

Since then, the firm has expanded its offering to support group payments. M Suggestions, Facebook’s artificial intelligence assistant, offers recommendations to users for messages to write and actions to perform including send payments.

Earlier this month, news broke that Facebook was seeking an Indian patent for an electronic payment system running on a messaging app.

The move comes at a time when Facebook is looking to unveil its mobile payments service in India. In the US, Facebook has filed a patent for the system which is currently pending approval. 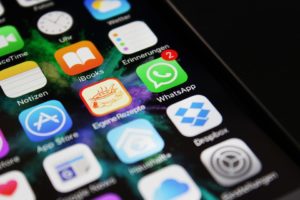 According to Kartik Puttaiah of InvnTree IP Services, the patent application suggests that Facebook is planning to start offering “peer-to-peer payment between users of a messaging application such as WhatsApp.”

Facebook-owned mobile messaging app WhatsApp is reportedly preparing to enter India’s booming digital payments industry. The company is said to be in talks with the State Bank of India (SBI), the National Payments Corporate of India (NPCI) and a few other financial institutions in the country to facilitate instant payments via Unified Payment Interface (UPI) for users.

Launched in 2016 by Raghuram Rajan, the governor of the Reserve Bank of India, UPI facilitates instant fund transfer between two bank accounts on the mobile platform.

“We are currently at the ‘proof of concept’ stage, looking at ways to integrate it with our back-end,” a SBI official said.