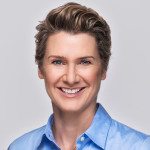 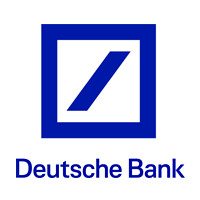 Elly Hardwick, the former chief executive of Credit Benchmark, has joined Deutsche Bank’s London office as the new head of innovation, which includes oversight of all Deutsche Bank Labs.

The bank announced plans to open three Deutsche Bank Labs last year in Berlin, Silicon Valley and London. The labs are aimed at helping the organization apply new technologies to enhance its products, services and processes. It will help it innovate and deepening its relationships with tech startups.

Hardwick will also work with fintech startups and the firm’s business units to drive new technology adoption, the bank said in a statement last week.

Philip Milne, who previously was the CEO and founder of a Silicon Valley virtual reality startup, joined Deutsche Bank’s Palo Alto office in November as chief technology officer for innovation. Milne has been acting as “an interface between the Deutsche Bank Labs and the bank’s wider technology organization.”

Both Hardwick and Milne will report to JP Rangaswami, the chief data offer and head of strategy and innovation for the bank’s chief operating office.

Deutsche Bank has been facing a number of headwinds and its increased focus on fintech is intended to help it shore up its capital position and stabilize its share price, according to the Wall Street Journal. The firm said earlier this month that it plans to cut roughly 3,400 trading clients a part of a broader restructuring designed to cut costs and restore long-term stability.

The Deutsche Bank Labs are part of the bank’s Strategy 2020 under which it plans to spend up to EUR 1 billion on digital initiatives over a period of five years. 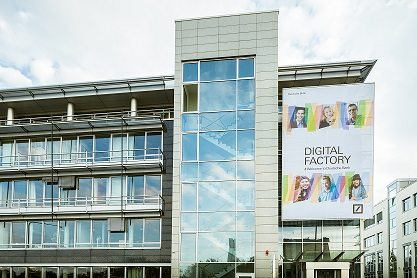 Alongside the labs, Deutsche Bank has also opened a Digital Factory in Frankfurt where it focuses on developing digital banking products. Around 400 software developers, IT specialists and financial experts from 14 nations were working together in the space as of September 2016. The bank plans to increase headcount to 800 by 2018.

In October, Deutsche Bank partnered with Misys for a five-year enterprise license agreement to deploy Misys FusionBanking Lending and Misys FusionCapital solutions across the business.

Misys’ FusionBanking Lending offering includes the Loan IQ back office platform for syndicated lending and the front-end that originates from Custom Credit Systems, a US-based provider of commercial loan software which Misys acquired in 2014.

The FusionCapital solutions include a number of treasury and capital markets systems acquired by Misys over the years: Opics, Summit, Kondor and Sophis’ Risque.

In September, Deutsche Bank teamed up with startup accelerator Axel Springer Plug and Play in Berlin to back banking and insurtech startups with cash and other support.

Upon completion of the program, which runs during 100 days, Deutsche Bank could decide to invest and partner with the companies. Investment would range between EUR 100,000 and EUR 500,000. The bank seeks to back and partner with roughly six companies by the end of 2017, according to the Financial News.

Matthaeus Sielecki, head of working capital advisory, financial technology, at Deutsche Bank, said in a recent interview that banks and fintech startups must learn to co-operate to align strengths while addressing shortcomings.

“In a highly regulated market such as financial services, neither type of organization can innovate and scale on its own,” Sielecki said. “Together, they can find the best ways of serving business customers in the digital age – by combining cutting-edge creativity with proven processes and infrastructure.”

The statements echoed an extensive report released earlier this year in which Deutsche Bank calls for more collaboration between financial institutions and the startup community to leverage their respective strengths.