LegalTech Too Enable Banks To Cut Costs And Boost Efficiency

Smart technologies are maturing and set to disrupt the traditional conservative legal market. Banks in particular can leverage these to dramatically reduce their costs and boost efficiency, according to a new report. 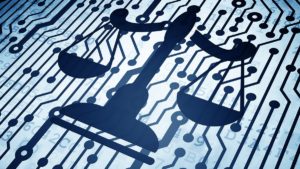 Technology is expected to fundamentally change the legal industry, a space that is still attached to manual and paper-based processes. According to McKinsey, 22% of a lawyer’s job and 35% of a law clerk’s job can be automated.

“If I was the parent of a law student, I would be concerned a bit,” Todd Solomon, a partner at the law firm McDermott Will & Emery, based in Chicago, told the MIT Technology Review. “There are fewer opportunities for young lawyers to get trained, and that’s the case outside of AI already. But if you add artificial intelligence (AI) onto that, there are ways that is advancement, and there are ways it is hurting us as well.”

Legal technology, also known as legal tech, refers to the use of technology and software to provide legal services. Traditional areas of legal tech include practice management, document storage, legal research but also billing and accounting.

But so far, artificial intelligence (AI) powered document discovery tools have had the biggest impact on the field. By training on millions of existing documents, case files and legal briefs, a machine-learning algorithm can learn to flag the appropriate sources a lawyer needs to craft a case, and in many cases, more successfully than a human.

Capco predicts the emergence of the “artificial lawyer.” An example demonstrating this rising trend is the ROSS Intelligence, an expert system built on IBM Watson’s cognitive computing system, that can substitute a research lawyer in some fields of the profession.

IBM has also launched Outside Counsel Insights (OCI), a tool which “reads” the work carried out by external counsels and takes over almost the entire billing review process, significantly reducing the efforts and cutting costs for GC departments.

In recent years, several startups have emerged to tap into the thriving industry and raised over a billion dollars to automate the high-cost, white-collar profession.

CaseMine for instance, an Indian legal tech company, builds on document discovery software with what it calls its “virtual associate,” CaseIQ. The system takes an uploaded brief and suggests changes to make it more authoritative, while providing additional documents that can strengthen a lawyer’s arguments.

Another AI application is Linklaters’ Verifi program, which can sift through 14 UK and European regulatory registers to check client names for banks. Verifi processes thousands of names overnight while a junior lawyer would typically take an average of 12 minutes to search each customer name.

Allen & Overy and Deloitte have created a service called MarginMatrix, a digital derivatives compliance system to help major banks deal with new regulatory requirements. MarginMatrix codifies the law in various jurisdictions and automates drafting of certain documents. A lawyer would take about three hours to draft a document, against just three minutes with MarginMatrix.