Fintech and Banking Solutions for Freelancers and Digital Nomads

Fintech startups are coming up with ingenious solutions to serve freelancers and small businesses around the world that work internationally and demanding sophisticated, yet affordable digital banking solutions. 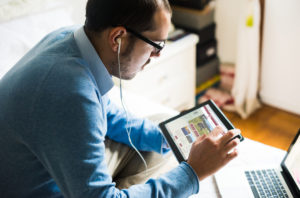 Image by Eugenio Marongiu via Shutterstock.com

For frequent travelers or digital nomads who spend most of their time abroad, banking fees and bad exchange rates for international card use can quickly become a real problem. But in Europe and all around the world, digital banks have emerged to serve our evolving way of life and changing consumer behavior.

While some fintech startups, such as N26 and TransferWise, have expanded their offerings and developed products especially dedicated to freelancers and remote workers, others have launched to serve specifically these segments.

This is the case of Coconut, formerly Monizo, a relatively new venture from the UK that seeks to launch the “first” banking service targeted solely at freelancers.

According to CEO and co-founder Samuel O’Connor, the needs of freelancers are unique. “They are pursuing something they love and want to concentrate on that. But they get caught up in the moment and a lot of freelancers don’t realize what’s going to happen down the line,” O’Connor told Banking Technology in an interview.

Kontist is a mobile banking service for freelancers in Germany offering a business banking account that comes with a number of unique features including automatic calculation of tax and VAT for each invoice, timely notifications about new transactions, and more. Kontist launched in February after a successful beta testing phase.

Holvi will allow location-independent entrepreneurs who are e-residents of Estonia to open a fully digital EU IBAN business account from anywhere with an Internet connection via the e-Residency program.

The UK, one of the world’s top fintech hubs, hosts the greatest number of digital challenger banks in Europe. These include for instance Atom Bank, Monzo, Starling and Tandem. 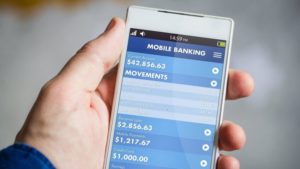 Image by Georgejmclittle via Shutterstock.com

Atom Bank launched in full after its regulatory authorization restrictions were lifted in April 2016.

In Germany, challenger bank N26 recently expanded its offering to provide freelancers and self-employed people with a special business account. Called N26 Business, the new banking product is essentially a consumer account with one additional feature: a 0.1% cash-back on all spending with the N26 Business Mastercard automatically deposited every quarter. The company plans to add more business features soon.

N26 already has 300,000 customers and serves people residing in Europe.

With the recent launch of the Borderless account, TransferWise has signaled an interest in expanding its offering “beyond money transfer.”

Available in the UK and Europe, with a gradual rollout for US businesses beginning in June, the Borderless account is a new type of banking account aimed at freelancers and small businesses who do business across borders or in multiple currencies.

Businesses can keep money in 15 different currencies and manage their money internationally. The company said that the account will be offered to consumers later this year and a corresponding debit card will be made available as well.

“We’re building one of the few new global financial services brands that are coming out now. We started out with international money transfer; first for consumers and then businesses. Creating the Borderless account is the next step.”

“With the unique platform we’ve built, we’re looking forward to creating a new kind of financial services for the future. The infrastructure we’ve built can help people do more than just transfer money. It can help them manage their international finances completely differently, giving them more freedom and control.”

London-based TransferWise launched in 2011 a peer-to-peer money transfer service that has rapidly grown in popularity. Today, people transfer over US$1 billion every month through the platform, saving over US$2 million every day compared to using other providers, the company claims.

Featured image: Smartphone with finance and market icons and symbols concept, by By ESB Professional, via Shutterstock.com.