Switzerland Remains the Wealthiest Country in the World: Research

This year again, Switzerland heads the global ranking in terms of wealth with an average of US$564,650 per adult, a 144% increase since 2000. Switzerland is followed by Hong Kong (US$489,260) and the US (US$432,370) as the world’s wealthiest countries per adult, according to the Credit Suisse Research Institute’s annual Global Wealth Report. 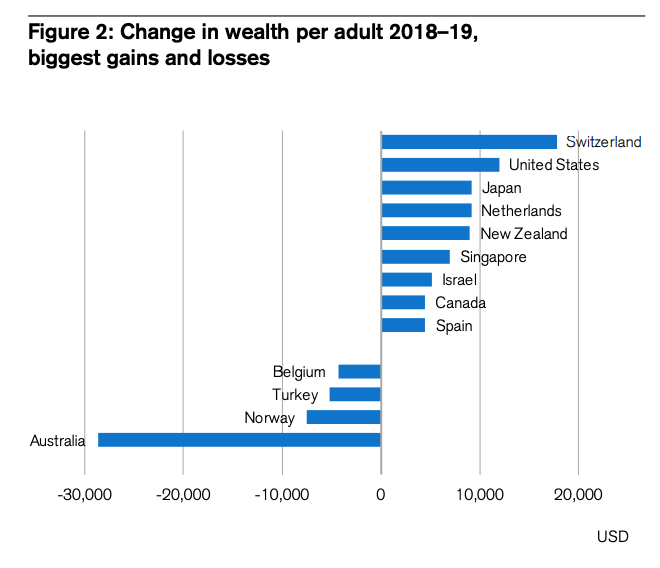 About two-thirds of Swiss adults have assets above US$100,000, and 12% are USD millionaires, the research found. An estimated 2,200 individuals are in the ultra high net worth (UHNW) group, with wealth over US$50 million, and 770 have net worth exceeding US$100 million.

Switzerland accounts for 1.8% of the top 1% of global wealth holders despite the population representing only 0.1% of the world’s adult population. 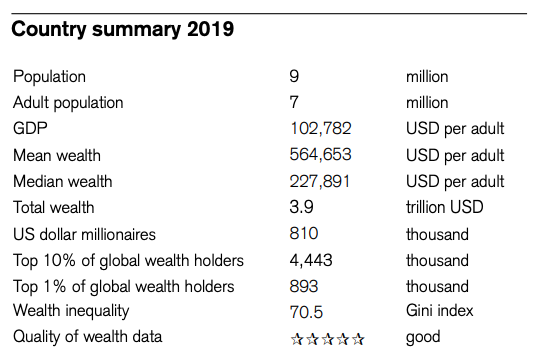 Credit Suisse expects global wealth to rise by 27% over the next five years, reaching US$459 trillion by 2024. Low- and middle-income countries, including China, Colombia, India and Turkey, will be responsible for 38% of the growth, despite representing now only 31% of current growth.

China, the leading member of the middle-income group, is set to add a total of US$23 trillion to the stock of global wealth by 2024, an increase of 36%. India will also grow its wealth very rapidly and add US$4.4 trillion, an increase of 43% in just five years. 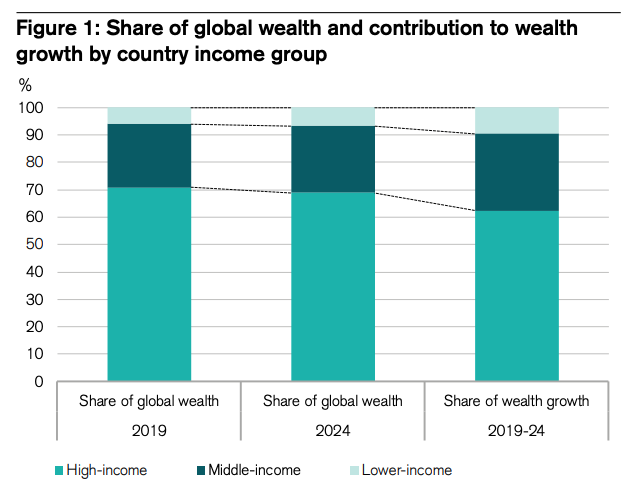 The growth of Chinese wealth between 2000 and 2019 has been phenomenal. This century, total household wealth in China has risen from US$3.7 trillion to US$63.8 trillion, a multiple of more than 17.

Today, China is home to the second largest population of millionaires with 4.4 million people, second only to the US with 18.6 million people. China achieved another landmark this year with 100 million members of the global top 10%, overtaking for the first time the 99 million members in the US.

While millionaire numbers in lower-income countries are still far below the levels in advanced economies like the US or Japan, they are expected to increase rapidly in the next five years.

By 2024, it is expected that China will be home to 6.8 million millionaires, a 55% increase compared to 2019. The country is expected to retain second place in the millionaires’ world ranking, above Japan, the UK and Germany. 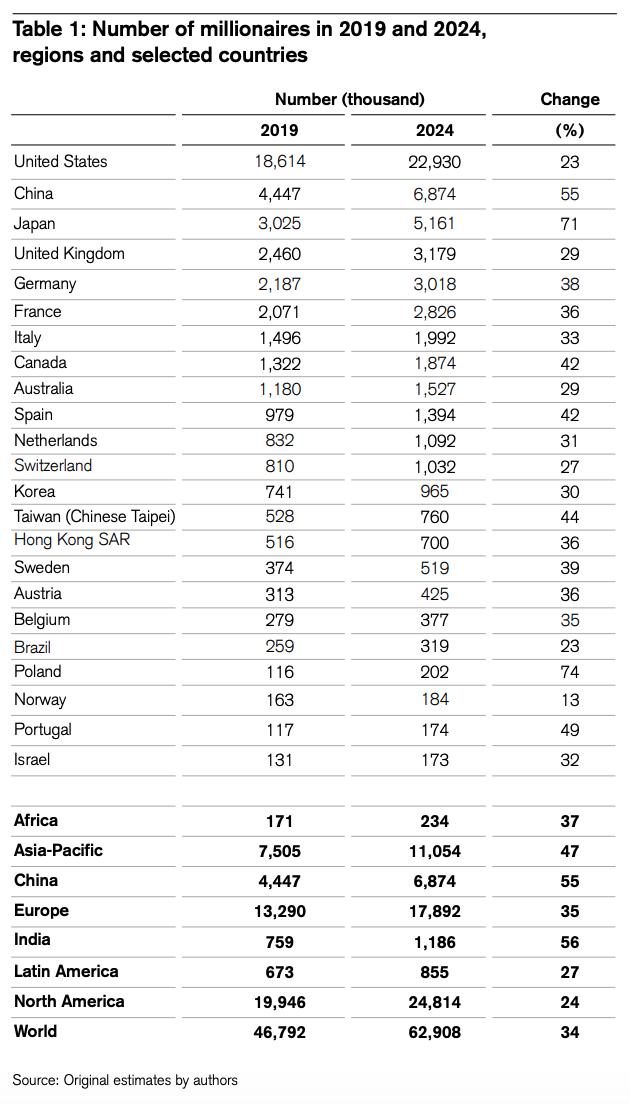 The US, China, and Europe contributed the most towards global wealth growth with US$3.8 trillion, US$1.9 trillion and US$1.1 trillion respectively.

The number of millionaires has also risen globally by 1.1 million to 46.8 million in 2019, though representing less than 1% of the world population. These collectively own US$158.3 trillion or 44% of the global total wealth. Meanwhile, more than half of all adults worldwide have a net worth below US$10,000. 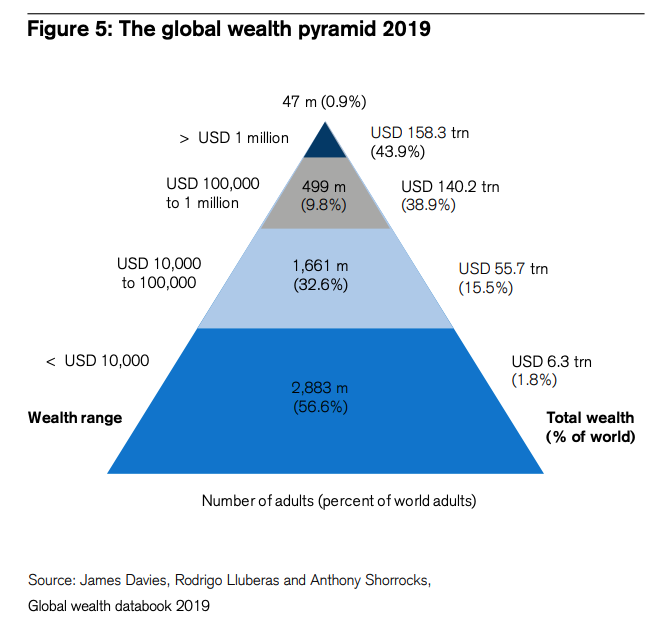 The US has the most members of the top 1% global wealth group and currently accounts for 40% of the world’s millionaires.

In Europe, it is the UK that has the biggest number of millionaires with 2.4 million, followed by Germany (2.1 million), and France (2 million).