The blockchain ecosystem has been steadily maturing over the past several years and projects are getting both larger and closer to going live, or have already done so. 2019 is set to witness several large platforms attract significant user bases, according to a new report by the European Union (EU) Blockchain Observatory and Forum. 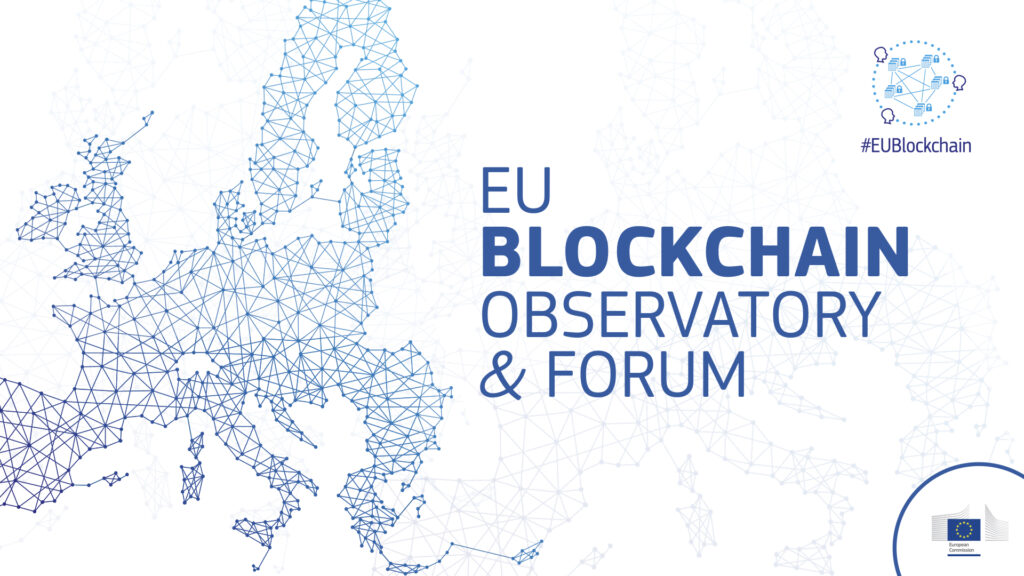 In a report titled Scalability, interoperability and sustainability of blockchains, the EU Blockchain Observatory and Forum, an initiative of the European Commission (EC) launched in early 2018 to accelerate blockchain innovation and the development of the blockchain ecosystem within the EU, explores where blockchain adoption is headed in the near future.

According to the paper, the first wave of blockchain adoption will be characterized by a large number of permissioned, purpose-built blockchain platforms developed by industry or other types of consortia and focused on a single sector and/or use case.

It notes three most prevalent consortia models: the multi-stakeholder-managed industry consortium such as Komgo, a commodity trade network that counts the likes of BNP Paribas, Citi and Shell as shareholders, the single stakeholder-managed, blockchain-based industry ecosystem such as IBM Food Trust, a platform for the food supply chain, and the geographically-based blockchain consortia such as Alastria in Spain, a national, multisectorial consortium and blockchain ecosystem.

But in order for blockchain-based platforms and applications to become successful, the report says that the blockchain community must solve an array of challenges including scalability, interoperability and sustainability. 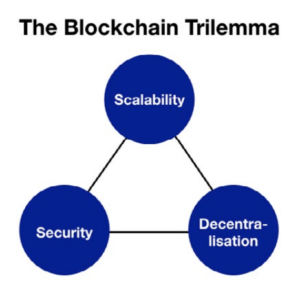 The Blockchain Trilemma, Scalability, interoperability and sustainability of blockchains, the EU Blockchain Observatory and Forum

“As a result, designers of blockchain-based platforms need to consider the trade-offs between these three parameters that best fit their particular use case,” the report says.

Another key challenge of blockchain infrastructures is interoperability, which refers to their ability to communicate and share data among each other. Interoperability between blockchain platforms can be achieved in different ways including the use of trusted third-party authorities to validate transactions or information, or by sharing information directly between blockchains without the need for a third-party by employing other blockchains or smart contracts to supply the trust needed to carry out inter-chain transactions or exchange data.

Finally, successful blockchain projects will need to be sustainable, in the sense of being viable over a long period of time.

Updating and securing the Bitcoin blockchain, for instance, which makes use of proof-of-work consensus, requires a great deal of electricity. It is estimated that Bitcoin consumes the equivalent amount of electricity in a day as the country of Singapore.

There are different ways to address the environmental sustainability issues of blockchains, the most promising being moving to a different consensus mechanism such as proof-of-stake.

There’s also the issue of blockchain projects, protocols and ecosystems sustainability, considering that many significant blockchain protocols under development are open source, have raised funds through initial coin offerings (ICOs) or via sponsors, and are managed by a non-profit foundation. These are often dependent upon an ecosystem of developers and others for contributions to their ongoing development.

For such projects, sustainability can be measured using different parameters including the source and amount of funding, the quality of the governance structures, the size and cohesiveness of the development community, and so on.

The need for a European Blockchain Infrastructure

In order for blockchain to reach its full potential in Europe, the EU Blockchain Observatory and Forum calls for the establishment of a “European blockchain infrastructure” that includes technical hardware and software stacks, standards, the legal framework as well as governance best practices.

According to the organization, the government will have a major role to play in helping develop such an infrastructure through policy. The focus should be on creating an environment and a set of foundations conducive to the development of an innovative, world-class blockchain ecosystem in the EU, making it easier and cheaper for public and public/private initiatives to design, test and deploy projects based on blockchain technology, establishing interoperability standards while ensuring no leakage of sensitive data, and facilitating knowledge transfer between projects.

It advises for a “light-touch approach, allowing for experimentation” and encourages European governments to “be open to these changes” and explore the use of blockchain in government services where it makes sense.

Banking on Bitcoin Film in Cinema