Ex Top CS Banker Becomes Board of Directors at Crowdlitoken

The former top executive of various major Swiss corporations, such as Credit Suisse and ABB, is impressed with the business model, strategy and technology of the fintech company based in Triesen, Liechtenstein. 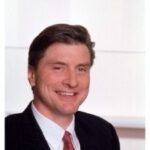 On the topic of his newest commitment, Renato Fassbind states:

“What I like most at CROWDLITOKEN is the business model, the technological orientation and the unerringly consistent strategy. I also feel a strong belief in the product, which permeates from the Board of Directors through to the management and to the employees.”

Fassbind has been working as an independent consultant since 2010 and sits on the boards of directors of various Swiss companies, for example as Vice President of reinsurance company Swiss Re AG in Zurich, and as a member of Nestlé S.A. and Kuehne + Nagel International AG. The three most important stages of his professional career were previously the ABB Group (CFO/1997-2002), the Diethelm Keller Group (CEO/2002-2004) and the Credit Suisse Group (CFO/2004-2010), where he gained extensive knowledge of the financial and real estate businesses.

“Renato Fassbind has an excellent network,”

says CEO Domenic Kurt, who is looking forward to the upcoming collaboration.

“He will also support us in further developing professional structures.”

Bruno Benaglio is new member of CROWDLI AG Board of Directors

At the same time as Renato Fassbind, Bruno Benaglio was also elected to the CROWDLI AG Board of Directors. Benaglio has been closely associated with the Frauenfeld-based company since its founding in 2016. The independent consultant’s knowledge and network made a huge contribution to the current value of the crowdfunding platform. Moreover, he is a strong advocate for the digital advancement of real estate investments. 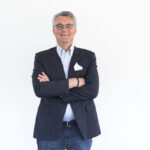 Commenting on his election, Benaglio says:

“I’m thrilled that now, as a director, I can also introduce my belief in these products at a strategic level.”

Gambling industry – How Blockchain Can Make It More Transparent