A new research paper by University of St. Thomas School of Law professor Wulf A. Kaal examines how governments around the world are regulating the fast-evolving initial coin offering (ICO) market.

The paper, called “Initial Coin Offerings: The Top 25 Jurisdictions and Their Comparative Regulatory Responses,” evaluates data of the top 25 jurisdictions by market capitalization and provides an analysis of their respective regulatory actions.

ICOs have surged in popularity in recent years with an increasing number of startups turning to the novel fundraising method to raise capital. But while ICOs display clear core beneficial characteristics such as their cost-effectiveness and low barriers to entry for a diverse body of investors, they have also raised regulatory concerns.

According to a paper, only a very small minority of the countries examined has banned ICOs and cryptocurrencies altogether. For the most part, the general view has been to use existing laws to regulate cryptocurrencies. Others such as Russia, Ukraine and Costa Rica, have decided to stay silent. 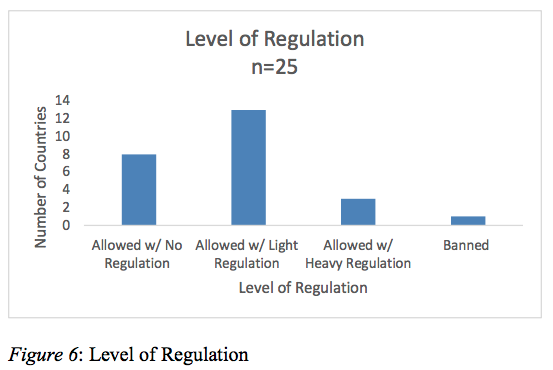 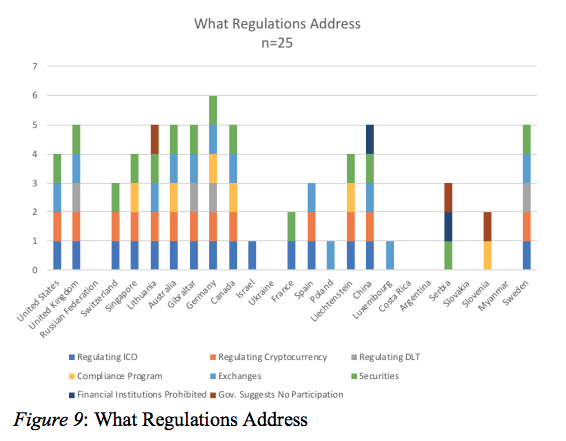 China has had the strictest stance on ICOs, banning them entirely last year and arguing that ICOs hurt the market because of potential deception and fraud. Countries like Serbia on the other hand, have not strictly forbidden ICOs but rather banned financial institutions to participate in token sales or other cryptocurrency investment.

The UK’s Financial Conduct Authority (FCA) has taken the position that ICOs may be regulated as securities depending on the different aspects and rights the coin holder obtains through holding the coin. The FCA has also taken steps to regulate distributed ledger technology.

The Swiss Financial Market Supervisory Authority, which oversees all financial matters within Switzerland, has said that current ICO activity is covered by money laundering, banking, security and collective investment law.

Singapore’s central bank and financial regulator the Monetary Authority of Singapore, released guidance on how it plans to approach cryptocurrency regulation, stating in August 2017 that it will regulate cryptocurrencies if they fall under the Securities and Futures Act.

Germany’s Federal Financial Supervisory Authority (BaFin) has stated that under the current law, cryptocurrencies are financial instruments. The regulation being applied to a certain cryptocurrency depends on the rights the cryptocurrency holds. If ownership rights apply, then it will trigger securities.

BaFin has also stated that it will decide on a case-by-case basis whether any of this new technology is in violation of the Banking Act, Investment Code, Payment Service Supervision, or the Insurance Supervision Act.

Similarly to Germany, Lichtenstein’s Financial Market Authority has stated that the applicability of securities and financial instrument law depends on the rights attached to the token.

The Canadian Securities Administration (CSA) on the other hand applies a four-factor test to determine whether a cryptocurrency have to be registered as securities. Factors include whether or not a project is soliciting a broad base of investors, including retail investors, if it uses the Internet to reach a large number of potential investors, if its team members attend public events to actively advertise the sale of the tokens, and if the project is looking to raise a significant amount of capital from a large pool of investors.

In 2017, the US was the world leader in terms of the number of ICOs conducted within its borders but Switzerland led in total ICO funds raised. Accordingly, the average project in Switzerland was raising a greater than average amount of funds. This can be attributed to the fact that many of the world’s most successful ICOs were launched in Switzerland, the report says. 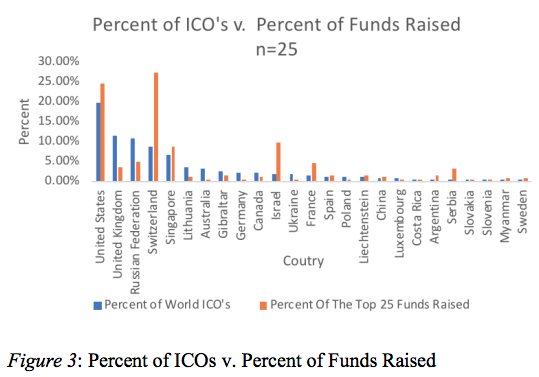