Generations’ Reaction to Digital Payment Revolution; A Long Way From a Cashless Society

A new survey shows that more than two-thirds of 18 to 34-year-olds still prefer to pay for goods with cash.

New research undertaken by Direct Debit Facilities Management Specialists, First Capital Cashflow, has cast doubt over suggestions that it is older members of society who are most reluctant to embrace a digital payment revolution.

The survey found that 18 to 34-year-olds are actually the most likely to pay for goods or services with cash (67% of those polled), whereas older generations appear to be more comfortable using plastic – especially credit cards.

Overall, debit cards were found to be the UK’s preferred method of payment, attracting 39% of the vote, followed by cash (32%). 15% opted for credit cards, 10% favored ‘Online Wallet’ solutions like Apple Pay, and 3% still routinely use cheques.

While this highlights the growing prominence of card payments, the fact that one in three people still swear by coins and notes shows that we’re still a long way from becoming a “cashless society”.

It is the demographical differences that caught the eye in particular, with some of the results showing that we shouldn’t be too quick to make assumptions as to which age groups are failing to move with the times. 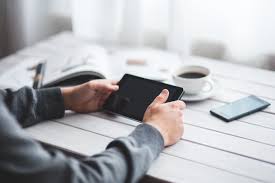 18 to 24-year-olds are among the least likely to use Online Wallets to pay for goods, with a paltry 6% choosing this kind of technology as their preferred payment method.

The over-45s are the most likely to use credit cards – accounting for an overwhelming 77% of those who chose this as their favored payment method.

Louisa Buckingham of First Capital Cashflow said the findings show that, contrary to popular belief, it isn’t the older generations who need to be convinced to use digital payment methods instead of cash.

“We’re quick to assume that it’s older people who need the most convincing to give up on antiquated forms of payment, but this isn’t necessarily the case,” she commented.

“While our survey showed that those aged 55+ are still most likely to use cheques, the results also found that 18 to 24-year-olds are four times as likely to use cheques as those aged between 45 and 54. It’s a little surprising to see such little uptake of modern technology like PayPal and Apple Pay among the youngest age group, but I’m sure that as more variations of this technology come to market, uptake will inevitably increase.”

Louisa Buckingham added that as we become a real-time society, it’s vital that people of all ages are made aware of the benefits of using more advanced forms of payment.

No Comments so far

You can be the one to start a conversation.