The Rise of Wealthtech: Infographic

Evolving consumer expectations, the rapid adoption of technology and new competitors entering the markets are placing new demands on today’s wealth management firms. These trends are re-shaping the look and feel of the industry, and the change is happening across all aspects of the value chain, from client acquisition to advice to ongoing portfolio monitoring and decision-making.

According to Ketan Samani, chief digital officer for APAC at UBS Wealth Management, the industry is just at the start of its digital journey. “Wealth management is taking the lead from the retail banks, which experienced high disruption by start-ups in payments, lending and other products,” he said. “It is just waking up to the fact that the robo-advisers will do the same. There is a way to go, but the journey has begun.” 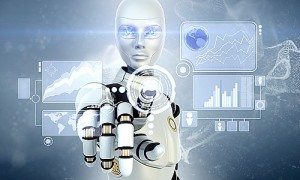 Image by Tatiana Shepeleva via Shutterstock

Yet, robo-advisors can be traced back to around 2008, in the wake of the financial crisis. Since then, a myriad of startups have launched tech-focused solutions for investment and wealth management, including robo-advisors.

For those who aren’t familiar, robo-advisors are digital platforms that provide automated, algorithm-driven planning services with little to no human supervision. The appeal of robo-advisors over traditional firms is easy to see, notably for Millennials: they offer personalized, data-driven investment advice, use ETFs or other low-fee financial institutions which minimize expense, and will happy accept younger investors’ smaller portfolios.

While these are most common in the US, they are also present in Canada, Europe, Australia, India and Asia.

Notorious brands that are not from the US include Nutmeg, the leading UK-based robo-advisor with over US$750 million AUM, Germany‘s Scalable Capital with over US$360 million AUM, Wealthsimple, Canada’s top robo-advisor with US$574 million AUM, Stockspot, an Australian robo-advisor launched in 2013, MoneyFarm, an Italian platform, True Wealth, a Swiss online wealth management platform launched in 2013, and 8 Securities, Asia Pacific’s oldest private social network, global trading and automated wealth management platform founded in 2010.

Financial institutions have responded to the trend and launched similar platforms, some by collaborating with tech partners, others by developing their own in-house solutions.

For instance, Fidelity Investments and Betterment announced a partnership in late-2014 to make the startup’s tech and platform available to financial advisors who used Fidelity Institutional to custody client assets. Then, in February 2015, Fidelity acquired eMoney Advisors for US$250 million. Later that year, the firm ended its year-long partnership with Betterment only to launch.

In 2017, Fidelity eventually launched its very own robo-advisor called Fidelity Go, which marked a long-term strategic move for the financial services giant. With this new product, the firm said it aims capture the assets of Millennial and Gen X investors.

“We think there’s a real opportunity to help emerging or younger investors who have been primarily saving in cash,” said Rich Compson, head of the retail managed accounts business for Fidelity, in Wealth Management. “It’s a great way for them to get started with Fidelity and grow with us over time.”

Wells Fargo started collaborating with SigFig in late-2016. SigFig, which started as Wikinvest in 2006, is an online portfolio manager with a focus on transparency and accessibility. The startup raised US$40 million from various investors and partnered with UBS in May 2016. Later that year, UBS rolled out its own SmartWealth robo-advisory solution.

While B2C robo-advisors are the most cited product in the wealthtech space, other categories exist including B2B robo-advisors such as Bambu from Singapore and AdvisorEngine, robo-retirement platforms such as Blooom and ForUsAll, micro-investing platforms like Stash and Acorns, digital brokerages like eToro and Artivest Holdings, portfolio management solutions such as Grisbee and Addepar, among many others.

The Evolution of Digital Wealth Management, infographic by Thomas Brand:

All Robo Advisors You Have To Know In Switzerland