UBS has decided to shut its robo-advisory offering in the UK, SmartWealth, and sell the intellectual property (IP) rights to San Francisco-based wealthtech company SigFig. As part of the transaction, a number of staff at SmartWealth will join SigFig. 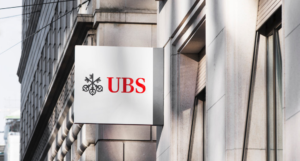 Behind the reasoning, the bank said that although it was “satisfied” with the commercial progress of SmartWealth, “at this time, we believe the near-term potential is limited and have therefore decided to close our digital-only offering in the UK.”

“We’re pleased to have entered into an agreement to sell the intellectual property relating to UBS SmartWealth to SigFig – a financial technology firm that we have an equity stake in and with whom we’ve been working for two years in the US.”

The SmartWealth technology was built entirely in-house and was sold to SigFig for an undisclosed amount. UBS invested in SigFig back in 2016 as part of a wider partnership. In addition to the funding, the pair launched a joint advice technology research and innovation lab to collaborate on the development of new wealth management technology tools.

Founded in 2007, SigFig develops and provides digital wealth management solutions. Through partnerships with financial institutions, the company’s solutions are now available to over 70 million consumers.

In November 2017, Wells Fargo launched a robo-advisor developed with technology from SigFig. Citizens Banks introduced its digital investment and advisory platform SpeciFi in September 2017. SpeciFi was developed in partnership with SigFig.

SigFig’s purchase of SmartWealth follows a US$50 million Series E funding round the startup raised in June.

“We are confident that SigFig is best placed to accelerate and broaden the commercial prospects of the IP behind UBS SmartWealth,” said UBS, as quoted by Finance Magnates:

“We believe the decision serves the best interests of the business and will allow us to invest further in other client-facing improvements, whilst sharing in the future success of the IP we have created via our equity holding and ongoing partnership with SigFig.”

UBS launched SmartWealth in Britain in 2017 to provide digital real-time advice to customers who don’t meet the 2 million GBP minimum of its traditional wealth management service. Customers could sign up to SmartWealth with a minimum of 15,000 GBP to invest.

The bank was considering a wider rollout of the service but eventually backed off following a wealth management reorganization and senior management changes that led it to choose to invest resources elsewhere, according to Reuters.

But according to private bank Brown Shipley, the termination of SmartWealth demonstrates that clients still value face-to-face advice despite the rise and hype surrounding robo-advisors and automated wealth management platforms.

“While the development of robo-advice has yielded benefits for a small demographic, the overwhelming majority of private clients continue to place significant value on, and a preference for, face-to-face interaction with their advisers,” said Guy Healey, head of private banking at Brown Shipley, commenting on the SmartWealth divestment.

“Technology certainly plays a critical role in supporting a human-delivered service by providing greater and easier access to information for clients. However, we are of the strong belief that the future is a ‘hybrid’ model, where a combination of face-to face advice supported by technology will deliver most value to clients.”