Blockchain Tech: Yacuna Wants to Raise Awareness for this Game Changer in Zurich

Yacuna is a London-based cryptocurrency trading platform that allows users to trade bitcoin, dogecoin, litecoin and ultracoin, for EUR and GBP.

Launched in September 2014, Yacuna is led by a management team composed of highly qualified individuals. Prior to Yacuna, some of them had held leading positions at major tech and telecom firms such as ClickandBuy and Deutsche Telekom.

So far, over 400,000 transactions have been done through Yacuna, on and off-chain, with over 500,000 EUR in customers deposits turnover. Yacuna’s platform fully supports Proof-of-Work, Proof-of-Stake and hybrid consensus technologies. 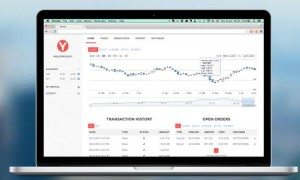 Yacuna charges fees only for successful trades and on withdrawals. Fees typically vary between 0.15% and 0.3%. On the other hand, deposit via SOFORT banking costs up to 4.9%, while SEPA is free.

In May, Finance 2.0, the leading conference in Zurich about innovation and digitalization in the area of finance and banking, gathered top financial services experts, VCs and tech entrepreneurs, to discuss the future of money.

Digital banking, robo advisors, blockchain technology and cryptocurrencies were a few of the topics that participants covered. Among the keynotes, Digital Wealth Management, the Future of Bitcoin in Finance, as well as discussions on topics such as How Fintech is Changing the World, were covered.

Alongside the keynotes, seven startups were invited to pitch their products; among which Yacuna’s CEO and co-founder Andrei Martchouk took over the stage to explain how blockchain technology will “revolutionize Personal Finance.”

“Imagine you have your car on the Blockchain and it will only start when you or someone you trust tries to drive it. The Blockchain makes theft cryptographically impossible. And not only criminal courts will experience a reduced workload, civil courts are also going to see major improvements in their area.

“Smart Contracts that are stored on the Blockchain will shape the business world in the future. Unbreakable and unforgeable, these contracts will execute automatically when their requirements are met. Combine this with smart property and our world will never be the same.”

While most of the people in the audience didn’t entirely understand the nature of blockchain technology, many of them understood its potential, especially its possible impact on our traditional financial world, the company said.

“The simple fact that Andrei was invited to this conference is proof, that some industry leaders see the writing on the wall,” Yacuna said. “We hope that we could raise awareness for this game changer in Zurich.”

Earlier that same month, Yacuna was selected, along with nine other startups, to join Startupbootcamp FastTrack in Zurich as part of its international tour. During the event, the ten startups pitched their products to mentors during a series of 20 minute 1-1 feedback sessions.

Andrei will also do a speach at the upcoming Cryptocurrencies & Blockchain Conference in Zurich on September 23th. This is the first ever Crypto Conference in Switzerland.

Can Blockchain Save the EU?