FinTech Infographics: The Evolution of FinTech

The FinTech industry offers technology solutions and services to solve financial isues. This evolution started with the birth of the signature verification system Pantelegraph, invented by Giovanni Caselli in 1865. The system set the initial milestone for the glorious development of FinTech.

For 2 centuries, both Technology and Finance had developed significantly. The financial ecosystem had grown, more complicated businesses with many kinds of stakeholders took part in a fair and legalized playground. Mean while, Technology has been moving forward, going beyond what it had developed and through the industry disruption, especially Finance.

Dealbook/NYT wrote an article about the Evolution on Fintech, this is based on a study from the university of Hong Kong and New south Wales. We tried to summarize this information in an interactive graphic.

Infographics: The Evolution of FinTech

Infographics | The evolution of FinTech – Information source: the NYT

2009, Cryptocurrency was introduced at the first time

Over last decades, FinTech gains impressive achievements. The 1st-version cryptocurrency Bitcoin, introduced in 2009, offered an equivalent type of transaction and goods exchange. It is a new kind of asset, a new investment. It is opening a cashless world where people can go shopping with a handy device or even their own unique identity. 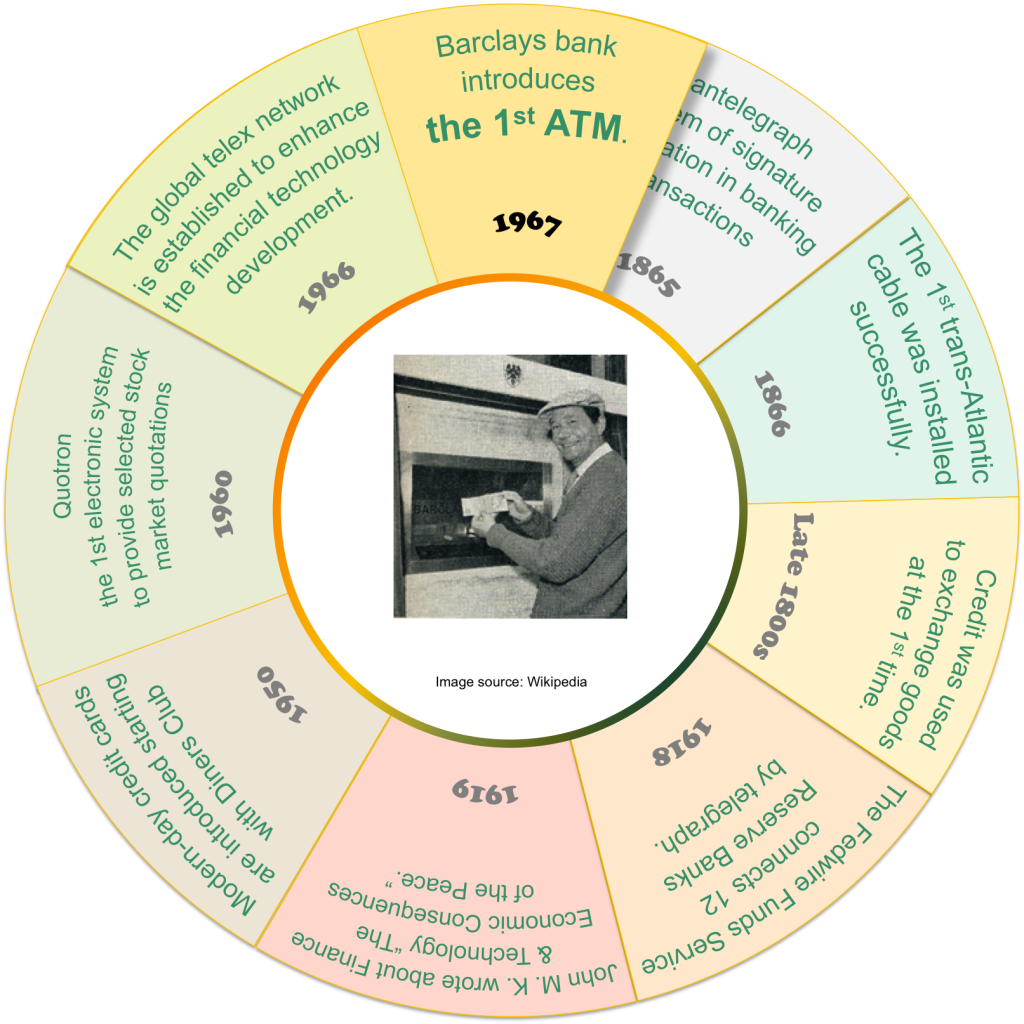 The evolution of FinTech – Information source: the NYT

The desire of a convenient and safe payment method initiated the launch of e-Wallet. Its first shapes are credit/debit cards, visa/master cards in the system of mPOS (mobile Point of Sales). In 2011, Google pioneered to release Google Wallet. This year, the mobile phone giants Apple and Samsung released their e-Wallet, Apple Pay and Samsung Pay. Before the introduction of this payment solution, the American FinTech company PayPal offered Payment Gate to connect merchants and buyers, which enforces online payment to be used widely. Paypal was launched in 1998 and still holds its position in the market as a Top FinTech of over the last decades.

With the whole FinTech industry’s development and the community’s adoption of its products (e-Wallet, Cryptocurrency, Crowdfunding, etc.), more people use Mobile Banking than Physical Bank in 2015.

The most latest milestone has been created by Chinese E-commerce giant, Alibaba. In 2015, Alibaba  launched “Smile to Pay”. The launch of “Smile to Pay” had impressed people greatly because it solves the issue of identity / identification in payment and finance. 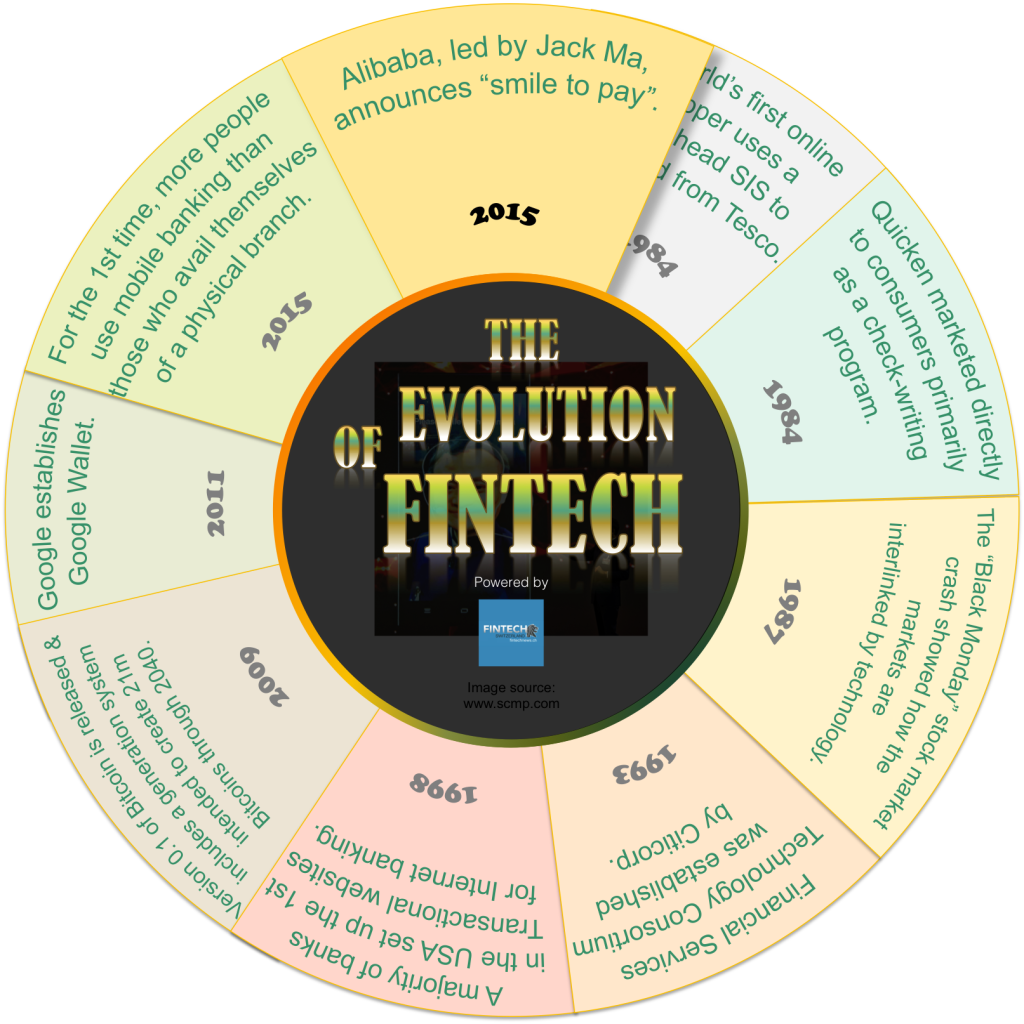 The evolution of FinTech – Information source: the NYT

The road of FinTech expanded with promising products when more and more labs researched and applied Technology into Finance. Moreover, the financial ecosystem has shown the opportunities for FinTech Startups to join and solve many FinTech problems.