Sébastien Flury Of FUSION Fintech: Switzerland Has What It Takes to Compete Against London, NY

Launched in February this year, FUSION is a Swiss accelerator program dedicated to financial technology startups.

Self-proclaimed the “Swiss fintech factory,” FUSION was created by Swiss venture capital firm Polytech Ventures and Temenos, a leading banking technology provider, and is the very first program of its kind in the country.

In September, FUSION selected its first batch of 10 startups coming from all around the globe to integrate its program. These startups come from seven different countries and tackle segments that include blockchain tech, insurance, crowdfunding, payment, wealth management, risk management and cyber-security.

Today, we catch up with Sébastien Flury, FUSION’s program director, to know how things are going so far, as well as his views on the Swiss fintech sector.

Fintechnews.ch: Sébastien, in your own words, what is FUSION? 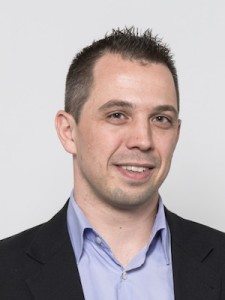 Sébastien Flury: FUSION is a 12-month fintech acceleration program aiming to foster startups to move from Beta to revenues. FUSION takes no upfront equity stake and has a multi-sector and multi-partners approach.

Fintechnews.ch: FUSION selected its first batch in September. These 10 startups have spent two months into the 12-month program so far. How are things going?

Sébastien Flury: Things are going very well. Startups experienced a soft launch before diving into the magic of FUSION: only one month after entering FUSION, some startups are already generating a lot of attention among our partners and network!

Fintechnews.ch: Among 100+ applications, you picked 10 teams. What made you pick these particular candidates?

Sébastien Flury: I think we can say that we have selected 10 great teams, with ambitious entrepreneurs who have what it takes to succeed. We have an interesting mix of fintech branches and also a wide diversity in the founding teams.

The 10 startups selected have a good match with the Swiss financial industry, as well as having a huge growth opportunity in various markets.

Fintechnews.ch: Do you believe that Geneva, or even Switzerland, can become an international fintech hub?

Sébastien Flury: Yes, I do! And I also think Switzerland in a whole competes with New York and London. We have a wide financial services ecosystem in Switzerland, home of approximately 300 banks. Therefore, important customers can be found next door, which is a key to transform a project into a commercial success.

Sébastien Flury: Blockchain technology has the potential to revolutionize not only the financial industry but also the complete economy.

Blockchain is quite new and still need a lot of evangelization to convince people of its huge potential. But I’m sure that this process will happen very fast, as we start to see blockchain-based startups and projects in various industries.

Fintechnews.ch: What are the next items on FUSION’s agenda?

Sébastien Flury: We have plenty of internal events (meetings with entrepreneurs, etc.) and a mentors speed-dating coming early December.

We will also have 2 internal demo days (early February, early June) and the final Demo Day on September 8th 2016.

Luxembourg to Attract the Next Generation of Disrupters

Swisscom Announces 10 (Fintech) Finalists of StartUp Challenge 2016; 4 of them are Fintechs