In three years, online lender Spotcap has issued more than €120 million in credit lines to small and medium-sized enterprises (SMEs). The fintech also raised an additional €22 million of equity and debt funding from its existing investor network. It has now raised €100 million of investment since its launch in September 2014. 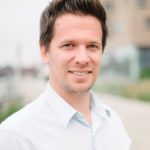 “We’ve experienced significant growth over the past three years, which is a testament to the fundamental need SMEs have for flexible and accessible financing.”

The company has established a distribution network of more than 10,000 intermediaries including financial advisors, accountants and finance brokers.

“With close to 60 percent of our current loan book being attributed to our global partner network, it’s fair to say our partners have had a significant hand in our success,”

In the next 12 months, Spotcap will continue to work with its intermediary partner network to increase its global market share. The business will also focus on strengthening and building strategic partnerships. Earlier this year, Spotcap announced a partnership with Heartland, New Zealand’s only NZX-listed bank. The partnership began with the bank investing €14 million (A$20M) of debt in the business and has evolved into a strategic, mutually beneficial relationship.

“Our partnership with Heartland was an important milestone for Spotcap and one that we’re very proud of. We’re now exploring new ways, including white-labeling, to provide our technological expertise to established players and to work with them to explore new markets and underserved SME communities,”

With its expansion into two new markets within the last 12 months (the United Kingdom and New Zealand), Spotcap’s team, now 120, has grown by 50 percent during the same period. The company now operates in Spain, the Netherlands, the United Kingdom, Australia and New Zealand. Spotcap leverages its proprietary credit platform and risk algorithm to provide credit lines and loans to SMEs. 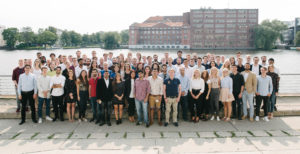