The UK, and in particular London, is an undeniable fintech leader, hosting some of the world’s top companies which has raised billions in investment.

London-based fintech startups raised over £800 million in 2017, doubling 2016’s figure. Some of the companies with the deepest pockets are operating in the segments of peer-to-peer lending, digital banking, and international money transfer.

Here are ten of London’s most well-funded fintech startups:

Acorn OakNorth is a fintech firm specializing in small and medium-sized enterprise (SME) lending using its data and technology platform, Acorn machine. The platform helps automate the way banks penetrate this underserved and underestimated market by leveraging process excellence, machine learning and technology to fuel data-driven decision making across the loan lifecycle. The Acorn machine platform has been embedded with banking partners across multiple countries. Acorn OakNorth has raised 360Mio GBP in funding so far, according to the company (Techrunch shows here much higher numbers).

TransferWise is an international money transfer platform that matches people looking to send currencies in different directions, cutting down on costs. TransferWise generates revenues from a modest flat commission charged on exchange values. The company raised US$280m in a 2017 Series E funding round led by Old Mutual Global Investors and IVP, bringing the total raised by the startup to US$396.3 million.

Funding Circle provides an online platform that matches established and creditworthy businesses who want to borrow with investors who want to lend in the US, the UK, and Continental Europe. The platform allows savers to lend directly to small businesses, cutting out the banks and offering more favorable interest rates than traditional bank savings accounts. Funding Circle raised US$100 million in its Series F in January 2017, bringing the total raised to around US$375 million, according to TechCrunch.

Revolut is a digital bank that includes a pre-paid debit card, currency exchange, cryptocurrency exchange, and peer-to-peer payments. Revolut currently charges no fees for the majority of its services for a capped usage, and uses interbank exchange rates for its currency exchange on weekdays, and charge a markup from 0.5% to 1.5% on weekends. Revolut raised US$250 million in its Series C funding round in April 2018, bringing the total raised by the company to US$336.4 million, according to Crunchbase.

WorldRemit is an online service that lets people send money to friends and family living abroad. The platform aims to offer a convenient and low-cost alternative to traditional money transfer companies. Money can be received as a bank deposit, cash pick-up, mobile money, or mobile airtime top-up. WorldRemit’s service is available to senders in 50 countries and supports transfers to more than 140+ destinations across Europe, Asia, Africa, Australia and the Americas. WorldRemit has raised US$232.7 million in funding so far, according to Crunchbase.

eToro is a social trading investment network that enables users to watch the financial trading activities of other users, copy them, and make their own trades. The platform allows traders to learn from each other, share live trading information, and capitalize on their collective power. Launched in 2007, the company has registered offices in the US, Cyprus and Israel. eToro has raised US$222.9 million in funding so far, according to Crunchbase, the latest being its US$150 million Series E funding round earlier this year.

Starling Bank is a digital, mobile-only challenger bank operating Current Accounts, Business Accounts, and a Payments Services scheme for merchants. Starling Bank is a licensed bank and is creating an app that aims to replace the current account for a generation of mobile users, helping them to see their money from a new perspective. Starling Bank has raised US$190.3 million in funding so far, according to Crunchbase.

Iwoca is an online fintech company that offers credit facilities to small businesses trading in the UK, Germany, Spain and Poland via an automated lending platform. Since launch in March 2012 Iwoca has lent over £200 million to thousands of small businesses. Iwoca has raised US$158.9 million in funding so far, according to Crunchbase.

Tandem is a challenger bank that currently offers a credit card and fixed term savings accounts. It has a banking license through its subsidiary Tandem Bank Limited, formerly Harrods Bank Limited, following its acquisition in January 2018. Tandem has raised US$145.2 million in funding so far, the latest being a US$103 million Series B in April 2017, according to Crunchbase. 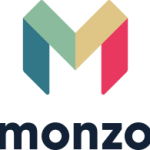 Monzo, formerly Mondo, is a digital, mobile-only bank. It was one of the earliest of a number of new app-based challenger banks in the UK. Monzo focuses on building the best current account in the world and ultimately working with a range of other providers so that it can be an intelligent hub for customers’ entire financial life. Monzo raised US$93 million in its latest round in November, bringing the total raised by the company to about US$145 million.

The Fintech Week event series by Fintech Worldwide is coming back to London from July 6 to 13, 2018 to bring together all of the industry’s stakeholders. The event is expected to welcome up to 1,000 conference delegates per day from over 50 countries and up to 5,000

participants throughout the week.

Fintech Week London 2018 will feature a series of conferences, exhibitions, workshops, hackathons, meetups and parties with each day focusing on a different topic including challenger banks, insurtech, wealthtech, AI, cryptocurrencies, and more.
Get 20% off using our promo code “FTN20”.

Can Germany Overtake The UK As The No 1 Fintech Location In Europe?