The UK, and most particularly London, is undeniably one of the leading fintech hubs in the world. In 2015, VC-backed fintech investment reached an all-time high in the UK with US$962 million through 61 deals, according to KPMG and CB Insights. London alone attracted over US$743 million in venture capital through 50 deals. And it only got better from then on as the many UK fintech businesses are growing at a rapid pace.

Payments and money transfers are amongst the key areas of financial services that fintech companies are looking to disrupt. These fintechs are leveraging digital platforms, mobile technology among other things to provide more efficient, more convenient and cheaper solutions.

The company has helped clients to transfer more than 20,000 individuals, and over £400,000,000 internationally through its trusted partners.

TransferWise is undoubtedly one of the most renowned fintech startups and a leading money transfer company.

Launched in 2011, TransferWire is a peer-to-peer money transfer service headquartered in London with several offices around the world.

TransferWise has developed a simple way to make international money transfers transparent, fair and inexpensive. It relies on the principle that money doesn’t have to leave the country to be transferred abroad.

In 2017 TransferWise supported more than 645 currency “routes” across the world. And it has grown significantly with each passing year in every aspect. More high-end investors (including Sir Richard Branson), more funding, more customers, more money transferred across borders, more earnings, and eventually – profitability.

The then-small startup boasted £500m in transfers each month at the end of 2015, striking waves in the industry. Surprisingly, it turned out the tech-based company is transferring as much money as its top competitors do. In early 2017, TransferWise was already moving £1bn every month, making it the largest bank-to-bank money transfer company in the world. It hasn’t stopped there, as now in 2019, the firm is transferring a whooping £3bn per month, as well as turning profit, and valued at $3.5bn – more than any other UK FinTech company. 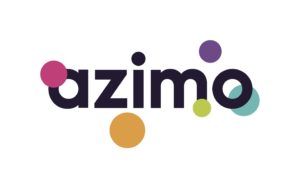 Azimo is an online remittance service with headquarters in London and offices in Krakow, Poland. Launched in 2012, the company aims to make international money transfer cheaper, faster, simpler and easier to understand.

Azimo allows customers to transfer money via its website or smartphone app to more than 190 countries in over 80 different currencies.

The company has over a million customers connected to its platform and offers more than 270,000 cash pick-up locations globally. In 2016, an updated version of its app was launched with features including in-app chat and biometric security.

In 2018 Azimo made a huge leap due to getting Series C funding of $20 million. The leading driving force behind that was Japan’s Rakuten Capital. And it celebrated this achievement by launching a business money transfer service in 2019, which aims to help SMEs. Azimo’s CEO, Michael Kent, also told in an interview that their company is looking forward to Facebook’s recently announced cryptocurrency Libra and the changes it will, no doubt, bring to the world of fintech.

WorldRemit is an online service that lets people send money to friends and family abroad. It seeks to provide a convenient, low-cost alternative to traditional money transfer companies that use street agents and charge high fees.

Through WorldRemit, money can be received as a bank deposit, cash pick-up, mobile money, or mobile airtime top-up.

The service is available to senders in 50 countries and recipients in more than 120 countries. WorldRemit targets the expatriates and migrant workers communities. And it’s also one of the fastest-growing companies in the booming industry of money transfers. In 2019, WorldRemit raised $175 million in Series D funding. The majority of that investment came from Leapfrog, TCV, and Accel.

With that addition, the company’s total funding reached $400 million. And it’s set to grow more as WorldRemit launches multiple business products in African countries, which will enable local businesses pay employees in over 140 countries. 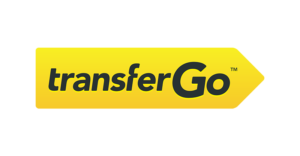 TransferGo is a digital remittance solution for migrant workers launched in September 2012. The company uses a digital account to account business model. This means that, similarly to TransferWise, money transfers do not have to leave the country as funds are paid in and out locally.

TransferGo is a registered and licensed as a payment service provider, and is regulated by the UK Financial Conduct Authority. The service primarly focused on the European market. TransferGo charges a fixed transfer fee, and a currency conversion fee between 0.6% and 1.5% fee per transaction.

As of 2014, the company had recorded over 40,000 customers. But it’s been growing fast and at the end of 2018 managed to obtain $17.6 million in Series B funding. TransferGo services are now available in 47 countries and the company states it’s getting a thousand new customers daily.

It’s one of the more progressive fintech companies on the market and it seems particularly interested in the cryptocurrency. In September 2018 TransferGo launched real-time transfers with Ripple. It also recently extended its Today and Now service hours, meaning that the transfers with this company got even faster.

Billon is an e-money platform based on distributed ledger technology that facilitates the secure transfer and holding of funds using a phone-based app.

The solution allows users to withdraw their funds in cash through an ATM. They are provided with a special code via their app that allows ATM withdrawal without having any type of card.

Billion aims to provide a faster, cheaper and safer method for customers to send money abroad.

And it most certainly succeeds in that goal, which is proven by the fact that it managed to get a €2 million grant from the Small and Medium-Sized Enterprises Instrument Program run by the European Commission. Billon will use this grant to develop a blockchain system to manage documents. This solution is expected to help SMEs cut their management costs in half. With this project Billon again proves that it’s one of the most innovative fintech businesses out there.

Revolut is not a money transfer company per se but rather a mobile banking app that includes a debit card, currency exchange, and peer-to-peer payments.

Revolut is a platform that allows users to use and manage money around the world. The app supports multiple payment cards and allows users to send transfer money instantly globally through SMS, WhatsApp and social media. Revolut currently supports spending and ATM withdrawals in 90 currencies and sending in 23 currencies directly from the mobile app.

The majority of Revolut’s services are free. The company claims to use interbank rates for its currency exchange.

Revolut added a premium tier with more features for £6.99/€8.50/$8.50 per month in 42 European countries. Earlier in 2017, the startup launched a new credit feature for UK users through a partnership with peer-to-peer lending company Lending Works.

In July 2019 the company launched Revolut for Business and the service got over 120,000 users almost right away. Revolut now allows businesses and freelancers to spend and transfer money in 150 currencies, although they can only hold it in their Revolut accounts in 29.

Revolut also entered the Australian market in June 2019. Moreover, there are some plans for it partnering with Mozo to finally get the US up to speed on digital payments.

Covercy allows customers to make payments to any country in 28 currencies. It serves customers in the EY member countries, the UK and Israel.

Covercy processes tens of millions of euros each month worth of transactions. It’s also said to make the revenue of about $2.6 million a year. Covercy is a rather small company at the current highly-competitive market, but it holds solid and strong. It’s now focusing its service on real estate investors.

Money transfer companies in the UK, and globally, have been making a significant transformation of the past 15 years. From corporation-facing service providers who handle deals via the telephone, to technology-driven companies serving a variety of currency needs for both corporate and private clients, everyone got to benefit from international money transfers becoming both affordable and easy. Today even anonymous under-the-radar type of companies get the same opportunities as household brands that appear constantly in mainstream media. This change of status did not take place overnight. It was a process.

Long before the past 15 years, companies like Western Union and MoneyGram have been in operation. For decades, these two companies were handling the transfer of funds overseas, but they were never really geared towards the high-volume bank-to-bank money transfers. Their system focused on cash and traveler’s cheques for travelers and immigrants.

Money transfer companies like Moneycorp have been a bank alternative for the bank-to-bank international money transfers from as early as 1979. But originally they were 100% business oriented and operated in a very traditional manner. This means they had no major technological involvement.

When new companies entered the industry – Currencies Direct (established 1996), and OFX (then Oz Forex, established 1998) – they needed to branch out to uncharted territories. That’s when, for the first time, international money transfers targeted toward private clients appeared. Their primary private-desk audience was, and still is, the expats. They are people who constantly move large amounts of money across borders, who were forced to use high-street banks charging them through their noses. As early as 1999, Currencies Direct identified that establishing trust with these expats requires local offices near them and opened its first office in Spain (boasting 18 offices in Spain nowadays). Other companies followed Currencies Direct and started expanding globally to stay in touch with local audiences.

Then, in 2011, TransferWise was established. Unlike its peers who kept a flexible fee policy (i.e. the rates change based on volume and volatility), TransferWise opted for a fixed fees policy, which means every client pays precisely the same fees per transfer, and these fees are upfront and clear. The media showed a great deal of interest in the new startup company, which raised over $1m in seed funding and more than $6m on its Series A (which included PayPal’s founder Peter Thiel), and that newfound interest has symbolised a dawn of a new era for international money transfers.

The way TransferWise exploded beyond proportion has been a catalyst for the industry.

There have been many mergers and acquisitions taking place in order to compete with the giant by consolidation. Euronet Worldwide purchased HiFX and XE, and then merged them into a single brand. Global Reach Partners merged with FC Exchange forming the Global Reach Group. Moneycorp bought Commonwealth Foreign Exchange. Chinese Ant Financial (Ali Pay) bought WorldFirst.

In addition to the above, the industry has evolved. Everyone’s main concern became technology and specifically an online trading system that will be up to par with TransferWise’s. In addition to that, all top money transfer companies applied a no wire fee policy to their transfers, and even started offering preferential rates through partners.

2019 and 2020 will reveal whether TransferWise will be the last company standing, or that its competitors efforts will pay off and take back a chunk of TransferWise’s clients back.

EU’s Payment Services Directive (PSD2): What It Is And Why It Matters