Digital trading network Instimatch Global welcomes a new board member this month, following the previous appointments of a new CEO and Executive Chairman in July.

Daniel Sandmeier had been appointed as CEO and Michael Schmidt as Executive Chairman in July.

The incoming board member, Lamine Brahimi, is also Co-Founder and Managing Partner of the digital asset platform, Taurus Group SA.

Founded in 2016 by Hugh Macmillen, Instimatch Global aims to change the way money markets work by digitalising voice brokerage and shifting operations from a traditionally local execution to global execution. 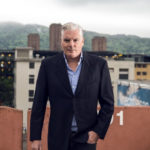 “Instimatch Global has been up and running with a growing client base for over a year now, and we’ve found the key people to accelerate our growth,” commented Hugh Macmillen.

The earlier appointments of Sandmeier and Schmidt, he said, was designed to bring the necessary breadth of institutional and fintech experience needed for Instimatch Global to scale effectively.

The company already has bases across Switzerland, Germany, Benelux and the UK.

Commenting on the interest shown in the market so far, Executive Chairman of Istimatch Global, Michael Schmidt said:

“New fintech solutions continue to enhance financial markets, but the potential for new technology has not yet been realised in money markets.” 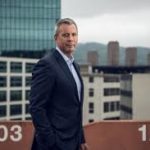 According to him, Instimatch Global delivered an alternative that provided better access to markets and pricing across borders, not just within them. His experience he said, would be instrumental in stimulating large institutions to make the leap to a more digitalized approach.

On top of his having previously headed Fixed Income trading and sales teams at Deutsche Bank and UBS, Schmidt also previously spearheaded the development of several leading electronic trading platforms.

“His advice will prove a valuable asset in growing our digital network across Europe. We have ambitious growth plans over the next 12 months and a board with significant experience scaling financial technology businesses in institutional markets to achieve these goals,” Sandmeier said 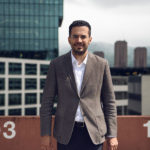 For his part Brahimi observed that Instimatch had already built traction was growing in both trading volumes and the number of banks, corporates and asset managers using the platform. Still, there was plenty more to build upon.

“The adoption of new technology in money markets that will significantly improve efficiency and allow counterparties to better manage risk, is still in its infancy,” he said.

Robo-Advisors are the Future of Wealth Management