As part of these transactions, ownership of a basket of German government bonds and a basket of corporate bonds was swapped between UBS and Commerzbank, both using Clearstream Banking S.A. as custodian. This was followed by a cross-custodian swap between UBS and Credit Suisse, in which ownership of a basket of corporate bonds at Clearstream Banking S.A. and a basket of German government bonds at Euroclear Bank was exchanged without the need for securities to be physically moved between the collateral agents. Instead, the change in ownership was recorded on the digital collateral registry, which is one of the four layers of the HQLAX operating model and was built on Corda Enterprise, the commercial distribution of R3’s blockchain platform.

The successful launch of the platform is an important milestone for the implementation of DLT in the securities lending market. 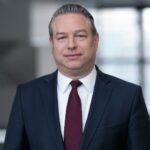 “The go-live of the HQLAX operating model demonstrates the power of innovation that DLT is already bringing to the financial services industry,”

“It proves how new technology can successfully be combined with trusted market infrastructure – and the positive reception of the model in the market speaks for itself. We look forward to continuing our fruitful collaboration with HQLAX.”

The three pioneer banks, Commerzbank, Credit Suisse and UBS, have been working with HQLAX since the start of this digital transformation initiative.

In addition to Commerzbank, Credit Suisse and UBS, over 15 market participants, including CIBC, Citi, Goldman Sachs and ING, are currently engaged in different phases of onboarding to the HQLAX platform. Meanwhile, J.P. Morgan is in the process of becoming the third tri-party agent in the HQLAX operating model, alongside Clearstream Banking S.A. and Euroclear Bank. This will add another important custody/collateral location to the solution, further increasing collateral mobilisation efficiencies for participants.