Crypto Finance is the winner of 2019 in the category «Growth Stage Start-up of the Year». The «Fintech Influencer of the Year» category was created for individuals or organisations who have positively shaped or influenced the Swiss Fintech scene. 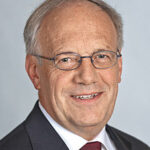 Former Federal Councillor Johann Schneider-Ammann is named «Fintech Influencer of the Year» in 2019 due to his support of fintech during his time as Federal Councillor. All startups were subject to a multi-tiered application process whereas the winner of the Influencer category was nominated directly by the jury.

The Finanz und Wirtschaft Forum acts as organiser of the Swiss FinTech Awards and their ecosystem which consists of knowledge partner Accenture, a jury of 20 designated fintech experts and several banks who provide the CHF 18,000 prize money and support the event.

Further partners are drawn from the worlds of industry associations, media and academia.

The Swiss FinTech Awards Night, when the winners were announced, took place on 14.03.2019 following an extensive selection process. 70 start-up applications were accepted to the awards program, the ten best-rated fintech companies reached the Top 10 round.

All ten companies passed through the FinTech Boot Camp organised by Knowledge Partner Accenture and given the opportunity to make a presentation to the assembled jury members and sponsor banks as part of a “speed dating session”. The four finalists were chosen based on assessments of their initial online applications and their performance at the “speed dating session” and ultimately selected within their respective categories.

Below is a list of the top ten, top four and the eventual winners of the 2019 Swiss FinTech Awards together with short video portraits of the start-ups.

The Winners of the previous years can be found here: