TWINT and RaiseNow are Digitalising the Swiss Fundraising Market

Together with Caritas Switzerland, the two companies presented one fundraising campaign that has already been a success. Caritas Switzerland donors were mailed a donation request letter that, for the first time, included the TWINT QR code.

All they had to do was scan it in the TWINT app, pick one of three suggested donations or enter a specific donation amount and simply confirm the donation. The partners all agree that the campaign was a success: TWINT donors tend to donate more than people who make donations via conventional channels. 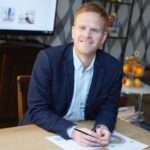 “As one of the largest fundraising organisations in Switzerland, it was clear to us that we wanted to include TWINT as a payment method. It has made it even easier for donors to complete the donation process,”

explains Christoph Keiser, who is in charge of online fundraising for Caritas Switzerland.

TWINT users can also receive a donation receipt on request. In addition, the fundraising organisations can issue the TWINT QR code in either personalised or generic form. For instance, after scanning a QR code on a public billboard in a railway station, users would only have to enter their name and address manually.Or, if they scan the QR code found in the personalised Caritas donation letter, all of these details will be filled in automatically. 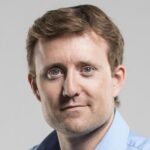 “Together with TWINT, we are revolutionising the fundraising market in Switzerland. While only a small percentage of donations are currently made from smartphones, we expect that this fundraising method will become much more popular in the future,”

CHF 1.6 billion in donations are collected in Switzerland each year – CHF 800 million of which is from private donors. Around 3% is currently donated via digital channels.

Soon, fundraising organisations can also publicize their fundraising campaigns directly with the Spotlight feature in TWINT. Users can then start the donation process directly from the TWINT app, without even having to scan a QR code first.

Finance 2.0 Comes Back on March 9th / These are the Highlights & Get 20% Discount

26 Regulatory Initiatives that Will Shape Fintech in Europe and Beyond