Alipay, the mobile and digital payments platform of Ant Financial, Alibaba’s financial affiliate, has been granted an electronic money license in Luxembourg as the service accelerates its expansion across Europe.

The launch of the new Luxembourg licensed entity, Alipay (Europe) Limited S.A., was officially announced by Luxembourg Minister of Finance Pierre Gramegna on January 14, 2019 during his visit in Hong Kong.

Commenting on the launch, Gramegna said:

“Alipay’s presence is a welcome addition to Luxembourg’s financial ecosystem and will further consolidate its position as a leading European hub for fintech and e-commerce. It will considerably contribute to the strengthening ties between Europe and China.” 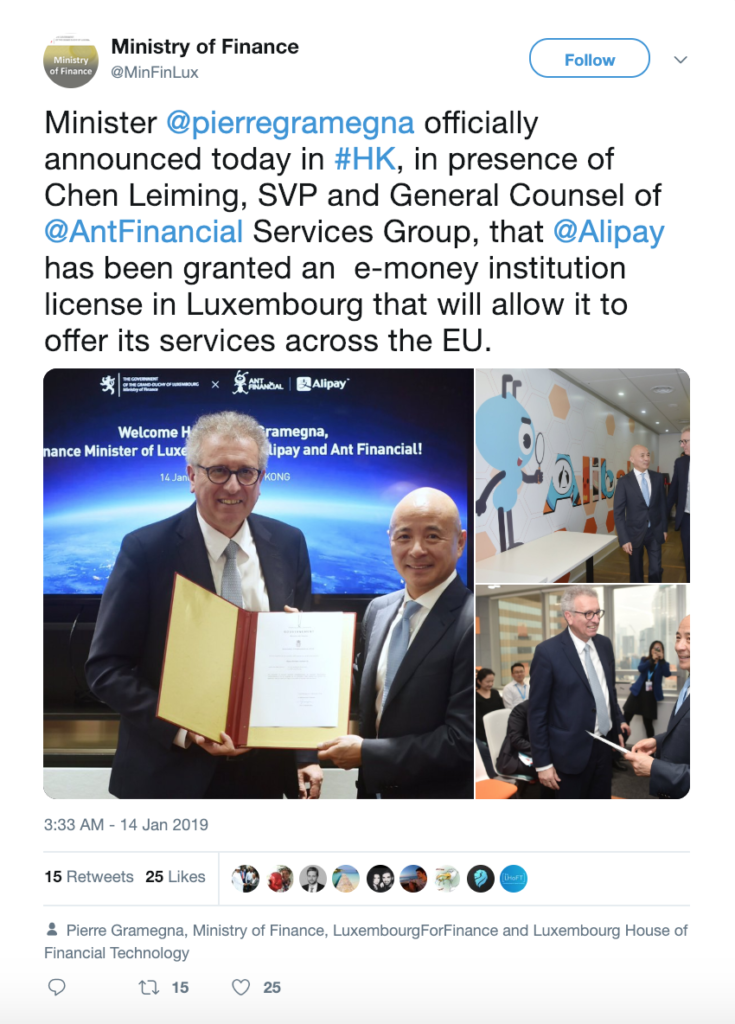 Alipay started in 2004 as a digital payments platform for online purchases but has since evolved into a lifestyle platform. The system now processes millions of virtual and physical payments daily, and is one of the “super apps” in China used by hundreds of millions of consumers on a regular basis.

It is considered a super app due to the many other ancillary services that it supports with payments providing the initial platform on which these are built. From within the Alipay wallet, users can book a car, buy movie or plane tickets, invest in wealth management products, and buy insurance products, among many other things. 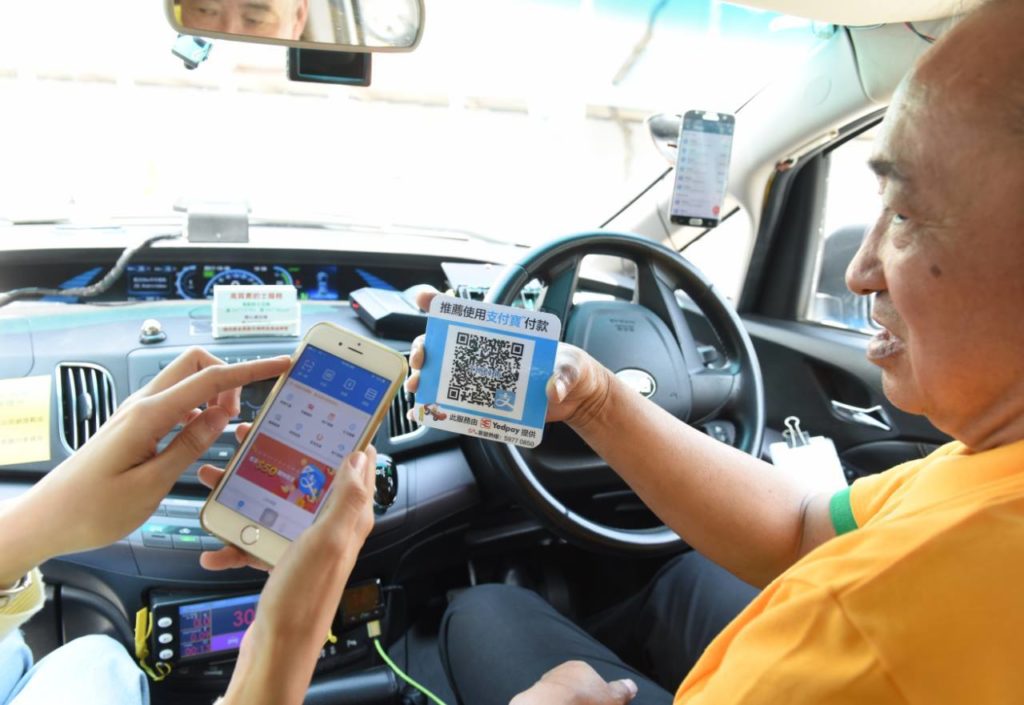 Prior to being granted regulatory approval in Luxembourg, Alipay already had a licensed entity in London but its new PSD2 license in Luxembourg will allow the group to leverage the EU passport to serve its customers across Europe and connect Chinese users with merchants in EU countries.

According to experts, Alipay could expand its business model with the license in two directions: either provide its payments functions to European consumers, or expand its service to more merchants. Both should dramatically expand the group’s footprint in the European payments market.

Additionally, Alipay could highly benefit from PSD2, an EU directive to regulate the activities of payment services providers with a focus on improving customers’ security and lowering barriers to fostering innovation.

PSD2 is the revision of the first Payment Services Directive (PSD) that the European Commission adopted in 2007. The rules, which took effect in January 2018, set in motion the revolution of the banking industry by giving businesses and payment services providers access to the golden pot: the bank account.

All regulated institutions will be able to access the bank account given that the consumer authorizes that specific action that PSD2 regulates. All payment transactions within the EU and all payment-providing services have to, or will be, compliant.

PSD2 is a real gold mine for fintech companies and tech firms like Alibaba which now have the chance to capture even more of the banks’ traditional territory, and revolutionize the banking experience for customers.

Hakan Eroglu, a consultant to Accenture, believes it is not unlikely that Alipay will open its payment function for European customers and set up its own payment system. “Thanks to PSD2, it could access its customers’ accounts directly,” Eroglu told Handelsblatt.

Eroglu said that the EU’s 500 million people population represented an enormous opportunity for Ant Financial, in particular since mobile payments has not yet taken off in Europe.

“The Chinese market is indeed very large, but it is already largely saturated,” he said.

Alipay began expanding into Europe in 2016 when it signed a deal with four financial groups in Europe to allow its Chinese customers to pay for more goods in the region.

“120 million Chinese travelers went abroad in 2015 and that’s growing at 18% a year. The vast majority of whom use Alipay,” Doug Feagin, president of international business at Ant Financial, told the Financial Times after signing deals with BNP Paribas in France, Barclays in the UK, UniCredit in Italy and SIX Group in Switzerland.

“The first part of our international mission is enabling them to buy things with Alipay.”