Revolut Lands on Malta’s Shores, Targets to Have 60,000 Users by Year End

Following a series of expansions in countries like Singapore and US, the European fintech unicorn has announced its debut into the Maltese market. 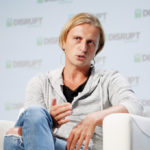 “The big banks in Malta have been taking advantage of their customers for years with endless banking fees and crappy technology. Revolut is here to end the party for the bankers and provide the Maltese people with aninnovative, technology-first banking alternative.

In addition to shaking up traditional financial services, we’ve put technology at the heart of our service with instant spending notifications, spending categorisation, budgeting tools and enhanced security measures such as the ability to freeze your card and enable location-based security.”

Revolut claims that customers are able set up an app-based current account in 60 seconds, spend abroad in over 150 currencies with no fees, hold and exchange 25 currencies in-app and send free domestic and international money transfers with the real exchange rate.