In mid 2016, after sifting through copious amounts of reports, studies and our own internal evaluations we’ve come up with a definitive list of the 30 hottest fintech startups in Switzerland.

2 years laters, We thought it’d be an interesting experiment to see what has happened to them and how accurate our picks were.

Here’s what they’ve been up to :

Founded in 2015, Crowdhouse is a real estate crowdfunding platform operated by Bricks & Bytes that aims to democratize real estate ownership and investment. The platform allows individuals to acquire shares of rental buildings and had processed around CHF 20 million worth of transactions, as of December 2018.

Crowdhouse has been reportedly considering an initial public offering (IPO).

Founded in 2008, Go Beyond provides a platform that lets novice and experienced investors support startups passionate about making a difference. Go Beyond currently focuses on the Swiss and EU markets, with experience in the US.

Go Beyond curates connections between likeminded investors and highly-vetted entrepreneurs at the forefront of innovation with the talent, drive and determination to succeed. It also offers educational training modules for angel investors in 11 categories.

CreditGate24 provides an automated platform connecting borrowers with private and institutional investors and offering an efficient and scalable settlement of loans.

The startup has reminded rather quiet lately, the last updates being in 2017 with the appointment of new CEO and CFO Stefan Benkert. Former CEO and founder Christoph Muller was transitioned to a role focused on strategic issues and internationalization. In November 2017, CreditGate24 began operating in Germany.

Splendit is a crowdfunding platform connecting students and private investors, providing students with access to a quick and fair to finance their education.

In June 2017, the startup partnered with blockchain startup Lykke. Thanks to the deal with Lykke, Splendit has been able to finance foreign students by sending them their loans via the Lykke Wallet. At the time, the company said it had seen a growth rate of 200% from a year earlier.

Investiere launched in October 2018 a new traineeship program allowing young talents to obtain a 360° view on venture capital, corporate innovation and entrepreneurship. Over the course of one year, trainees work for a leading venture capital firm, a disruptive startup and in the innovation unit of an industry-leading large corporation.

DealMarket was acquired in 2017 by Droom.

Ethereum Switzerland operates a decentralized platform that runs applications without any possibility of downtime, censorship, fraud, and third party interference. The company offers Ethereum Wallet, a gateway to decentralized applications on the Ethereum blockchain that allows users to hold and secure ether and other crypto-assets built on Ethereum, as well as write, deploy, and use smart contracts.

Ethereum is one of the world’s most successful blockchain project. The team has been working on the impending Constantinople update.

Monetas, a startup founded in 2012 specializing in blockchain payments, shut its doors and was put into liquidation proceeds in late 2017 after spending the CHF 10 million ploughed in by investors and running out of liquidity.

In April 2018, Swissinfo.ch reported that the troubled Swiss startup had found a new mystery buyer after a proposed buyout by American investment group Artillery One collapsed in February.

Xapo is a Bitcoin security startup that has built a network of underground vaults on five continents, including one in a decommissioned Swiss military bunker. Two Xapo clients said the company houses roughly US$10 billion of Bitcoin, or more “deposits” than 98% of the roughly 5,679 banks in the US, according to a May 2018 report by Bloomberg.

iProtus has remained rather quite lately but appears to still be operating.

Metaco is a blockchain startup that develops and markets smart contract trading solutions helping banks and financial institutions, including national banks, capitalize on the latest blockchain technologies and systems.

The company launched SILO in January 2018, a solution that allows banks to take safe custody of their clients’ cryptocurrency assets. In April, it secured an undisclosed investment with new shareholders. Later this year, a new cryptocurrency platform developed by Metaco in partnership with Avaloq and Gazprombank Switzerland is due to go live.

Safe Swiss Cloud has remained quiet in the past years, the last update being in late 2017 when Swiss IT services company Everyware acquired a controlling stake in Safe Swiss Cloud.

Qumram, a startup that had developed a technology enabling every digital interaction – web, social and mobile – to be recorded and replayed, at any time, was acquired in 2017 by Dynatrace, a digital performance management provider.

Qumram’s technology and intellectual property were integrated into Dynatrace, expanding the firm’s digital experience capabilities. Dynatrace specializes in software intelligence and offers an all-in-one platform that allows enterprises to know the performance of applications, the underlying infrastructure and the experience of users.

SecureSafe is an award-winning online storage solution for companies and individuals. The cloud safe simplifies online file sharing and protects documents and passwords, offering a level of security comparable to a Swiss bank.

SecureSafe released a revised version of its desktop application in October 2018 that includes a security feature enabling users to encrypt locally stored data for synchronization purposes.

Run My Accounts is an online accounting platform. Using state-of-the-art technologies, the company offers clients a simple process to keep their accounts: scan receipts and initiate payment in e-banking the next day. The online accounting system provides customers with up-to-the-minute insight.

Run My Accounts appointed Jean-Jacques Suter, former head for Switzerland of the British developer of accounting software Sage, as its new chairman in August 2018.

Sentifi won prominent Swiss banker Walter Berchtold as an advisor in May 2018. The former boss of Credit Suisse’s private bank and CEO of troubled Falcon Private Bank until last year is responsible for supporting the growth strategy of Sentifi, which has offices in Zurich, London, Mumbai and Ho Chi Minh City.

The company rebranded in 2017 and introduced a new visual identity. 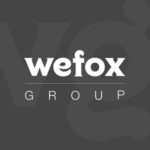 Wefox Group, formerly FinanceFox, is the insurtech group that owns Wefox, a digital insurance marketplace, and ONE, Europe’s first fully digital insurer. Wefox Group began operating in Switzerland in September 2015, in Germany in October 2015 and in Austria in March 2017.

The company entered the micro small and medium-sized (SME) businesses market in late 2018 through a collaboration with Marsh, a global leader in insurance broking and innovative risk management solutions. In August 2018, it launched in Italy by partnering with Mansutti, a local family-run brokerage company.

Knip is a digital insurance broker and the developer of the Knip app, a mobile insurance manager. The platform allows customers to monitor and manage all of their insurance policies, from over 100 providers, in one app, using machine learning to identify gaps and provide on-demand products that meet consumers’ individual insurance needs.

InvestGlass offers a white-labeled, client and prospect management platform for bankers, wealth managers and advisors. The platform is designed to facilitate more efficient prospecting and onboarding of new clients, as well as the management relationships with existing clients. Components include a content management system, CRM, and client portal.

The company has recently signed up to Salesforce Accelerate’s accelerator program.

In 2017, the company launched Fundbase Mobile, an application for qualified investors to source alternative investment products. Fundbase was one of the finalists of the Benzinga Global Fintech Awards for the Best Alternative Investments Platform category in May 2018.

True Wealth provides an online wealth management platform that is easy to use and offers investors full transparency. True Wealth is an independent asset manager and a member of the Swiss Association of Asset Managers (SAAM).

The company inked several partnerships in 2018 including with Contovista, a startup specializing in “data-driven banking” and Finnova, a software provider in the Swiss financial industry.

Advanon is an invoice financing platform in Switzerland and Germany offering a simple and flexible way for businesses to get invoices financed by numerous investors.

Advanon founded the AdvaSpace coworking hub in February 2018  Zurich-Altstetten, inviting like-minded companies to join the space. In August 2018, the company announced that it had been hit by a million-dollar fraud scheme where a Swiss trading firm sold fake invoices worth CHF 2.4 million to investors on Advanon’s platform. As many as 78 investors had been hit by the scheme.

MoneyPark, a financial intermediary, provides financial advisory services for mortgages and investments. It offers technology-based advisory platform for financial products specializing in the independent brokerage of mortgages and pension products, as well as asset management.

Helvetia Insurance acquired over 70% of the shares of MoneyPark in December 2016. In July 2017, the Swiss mortgage broker took over rival DL Conseils en financement immobilier.

In December 2018, Amnis Treasury Services began offering its white-label platform to banks, and partnered with Futurae Technologies to offer users of the Amnis platform a new, secure, and user-friendly login process.

Lykke is a blockchain startup developing a global marketplace for the free exchange of financial assets. The company operates the Lykke Wallet, a mobile app that allows users to trade currencies and cryptocurrencies, and Lykke Trade, a web application allowing users to trade on the Lykke Exchange.

In November 2018, Lykke launched the Lykke Crypto Index (LyCI), which tracks the biggest crypto projects by market capitalization in a single consolidated and continually re-balanced weighted bundle, and announced a partnership with Dutch securities exchange platform to launch a tokenized securities exchange.

Monito raised US$2.5 million in a Series A funding round in December 2018 which it planned to use to extend its international audience and hire new software engineers, designers and digital marketing. The company recently won several awards including the Best Swiss Startup 2018 – Prix Strategis, and the Best Swiss Fintech Pitch 2017 – Venture Leaders Fintech, New York.

CashSentinel has developed an innovative payment solution, which sits at the crossroads of escrow agents and mobile wallets, to facilitate vehicle transactions.

CashSentinel is available in most of Europe and Switzerland, both for private and professional customers, and works primarily with clients and partners of the e-commerce, banking, payment and insurance industries. The platform now facilitates hundreds of transactions worth millions of euros every month.

Paymit, a mobile payments service by SIX, UBS, Zürcher Kantonalbank and Swisscom partner network, was launched in May 2015, initially enabling peer-to-peer (P2P) payments before being extended to cover a number of retail solutions. Paymit merged with Twint in 2016.

Twint is a digital wallet service launched in 2014 by PostFinance, the banking arm of the Swiss post office. The service is backed by Switzerland’s biggest banks and SIX.

Twint has become very familiar with the Swiss and the word-creation of “twinting” is the most obvious sign of this trend. Swiss skiing ace Beat Feuz acts as ambassador for the Swiss payment solution and has an important role to play in making Twint popular. In December 2018, Worldline completed the acquisition of 20% of Twint.

In 2018, Contovista inked partnerships with Finnova and True Wealth. The startup began expanding overseas in 2017, hiring Gerrit Sindermann, a fintech expert who previously worked for Swisscom, to help it launch its products abroad.

Qontis is an online personal finance management (PFM) platform, providing users with the ability to document and organize data from all instances of private income and expenditures. The service is part of a commercial enterprise between the Neue Zürcher Zeitung media property and e-banking solutions provider Crealogix.

Qontis has remained quiet since 2016 when it helped Hypothekarbank Lenzburg develop a mobile financial management tool.