NY, Silicon Valley Remain Top US Fintech Hubs But Others Are Emerging

New York and Silicon Valley are the indisputable top fintech hubs in the US and amongst the largest ones in the world. New York’s leading global financial hub and Silicon Valley’s world renowned technology hub have provided both locations with the right resources to lead the fintech revolution. But in the past years, several other locations including Chicago and Charlotte have witnessed the emergence of a thriving fintech ecosystem. 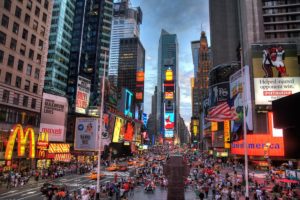 New York is a leading global financial hub that has some of the largest and most established financial services institutions actively investing in, and collaborating with, a myriad of fintechs. With Wall Street having both the largest capital base and greatest need for fintech innovation, the best technology and engineering talent have come together to create a vibrant and well-funded ecosystem within walking distance of the market they serve.

It is also home to some of the country’s most active investors in the space, including Bain, Nyca, First Round, Bessemer Venture Partners, IA Ventures, Norwest Venture Partners, Canaan Ventures, Silver Lake, Lightyear Capital, and North Hill Ventures.

Silicon Valley is a global center for high technology, venture capital, innovation and social media, and is now aiming at fintech. The location holds a majority share of venture capital investment, executive leadership of global technology companies, and decades of demonstrated excellence in scaling companies from concept to global leadership, enabling it to consistently produce winners.

Some of Silicon Valley’s most notable fintech ventures include online payments leaders PayPal, Square and Stripe, but also cryptocurrency and blockchain startups Coinbase and Ripple, as well as alternative lenders LendUp and SoFi.

Emerging fintech hubs in the US 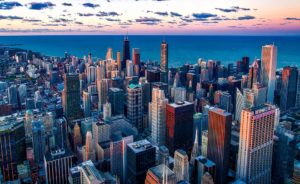 While New York and Silicon Valley continue to lead the US fintech industry, over the last years, a number of other hubs have emerged including Chicago, and Charlotte, North Carolina.

Chicago represents well over 20,000 financial institutions and currently acts as the epicenter for all fintech activity in the Midwest. It is home to two fifths of the top business universities in the US and over 6% of the Chicago workforce are focused on the financial ecosystem contributing to its already significant talent pool.

Meanwhile, in Charlotte, North Carolina, homegrown companies such as LendingRree and AvidXchange have put the city on the map for fintech. Additionally, the launch of initiatives such as Carolina Fintech Hub and Queen City Fintech have contributed to Charlotte’s rapidly growing fintech sector.

Both events will feature conferences, exhibitions, workshops and meet up sessions, covering some of the industry hottest trends from blockchain and cryptocurrencies to wealthtech and insurtech. The events are set to bring together the entire fintech ecosystem including investors, banks, consultancies, startups, academics, government representatives and innovators.

For those interested in learning more about blockchain technology and its implications on business, the Blockchain Conference series by Fintech Worldwide will take place in Washington DC on July 26 and 27, and in Seattle on August 21.

The events will feature some of the industry’s top startups, regulators and financial institutions to discuss the state of the industry and the latest trends to watch closely.

Swiss Fintech Nationalteam pitched to US investors in New York