In 2015, VC-backed bitcoin and blockchain companies raised an all-time high US$474 million across 74 deals, according to a report by KPMG and CB Insights. As investment surges, some of the world’s largest banks and financial institutions have started exploring and trialing blockchain technology in a hope to streamline processes and reduce costs. 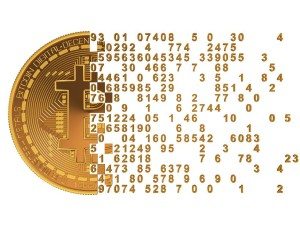 Bitcoin by 3Dsculptor via Shutterstock.

According to many pundits, blockchain technology has the potential to alter materially how banks and other financial industry participants settle payments and securities transactions by providing transparency, auditability, speed and overall, greater efficiency.

Regulatory-wise, Swiss authorities have so far only addressed one specific application of blockchain technology: bitcoin. In 2014, the Swiss Federal Council published a report on virtual currencies such as bitcoin but the authority refrained from proposing specific regulation at the time because of the marginal economic importance of bitcoin.

Blockchain technology by itself and its many applications in the financial industry have so far neither been specifically addressed nor regulated by the authorities.

Initiatives such as Nexussquared are working toward building the Swiss bitcoin and blockchain ecosystem but due to the country’s relatively small market size, the domestic startup scene still remains rather limited. Nevertheless, Switzerland has some very promising homegrown blockchain companies.

Alongside a number of cryptocurrency exchanges such as Shapeshift, SBEX, Bitcoin Suisse, BTCSuisse and Bity, other notable blockchain and Crypto companies include:

Launched in September 2015, Switzerland-based Lykke is building a global marketplace for multiple assets and financial instruments built on the Bitcoin blockchain.

Lykke aims at providing every person on the planet with market access as well as the ability to issues his or her currencies, and address the outdated business processes, complexity, risks and high cost affiliated to the existing banking system. 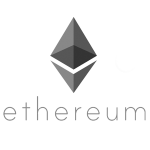 is a platform developed by Switzerland-based non-profit organization the Ethereum Foundation.

This ‘crypto 2.0’ project consists in a decentralized platform that runs smart contracts, or applications that run exactly as programmed without any risk of downtime, censorship, fraud or third-party interference.

Simply put, Ethereum aims to decentralize pretty much anything on the Internet.

Xapo is a Switzerland-based company that provides a bitcoin wallet combined with a cold storage vault and a bitcoin-based debit card.

Xapo is backed by the likes of Greylock Partners, Pantera Capital and Index Ventures, and has raised a total of US$40 million in funding so far.

Metaco allows users to trade bitcoins with conventional currencies and precious metals on its regulated brokerage platform. Developers can integrate the company’s trading services to a third-party application.

iProtus is a software development company based in Walchwill, Switzerland. It helps clients implement new business models with blockchain technology.

Monetas is a cryptofinance transaction platform built upon the concept of a digital notary. Monetas’ platform enables individuals, businesses and governments to make all kinds of financial and legal transactions, public or private, worldwide.

Monetas was one of the winners of the Swisscom Startup Challenge 2015 and is said to be valued at over CHF 90 million. In October last year, Monetas was selected by Tunisia’s national postal services to start a pilot for a nationwide financial platform.